Laura Tejeda had been up watching her 7-month-old daughter Zoelis’ breathing all night this past November. She had been to a local hospital near the family’s home earlier in the day, concerned about a fever and Zoelis’ breathing being off, but had been sent home. In the middle of the night, Tejeda watched Zoelis’ chest tighten, and she knew she had to act. She got in a taxi from the Bronx to New York Presbyterian Hospital in Manhattan, where a nurse took one look at Zoelis and brought her straight to the back.

“I wasn’t even registered,” Tejeda said.

Zoelis needed BiPAP, or positive pressure ventilation, along with oxygen to help her breathe and was admitted to the intensive care unit. The culprit behind her illness: influenza A, the most common strain of the influenza virus currently circulating across the country.

To Tejeda, the diagnosis came as a surprise. “I’d never seen an illness like this,” she said.

“[The] flu is not just a bad cold; it can be a very serious illness in children” and adults, said Dr. Melissa Stockwell, an associate professor of pediatrics and population and family health at Columbia University Irving Medical Center and Division Chief of Child and Adolescent Health.

Flu is not just a bad cold

Pediatricians have always worried that parents think of the flu as a bad cold when that is not the case, Stockwell explains. Children have smaller airways, placing them at risk for respiratory complications from flu. The combination of high fevers and feeling unwell can also make it hard for children to drink fluids and can quickly lead to dehydration, she says.

“What has been added now to that underlying misperception is that we have not seen much flu over the recent flu seasons due to all of the precautions around Covid-19,” she added. “Parents, especially of younger children, may not be thinking about flu in the way they might have a few years ago, but they should.”

This year, the country experienced an early and large flu wave, Stockwell says. By the end of November, the rate of hospitalizations due to influenza was higher than that seen any year at this time since 2010, and rising, according to the US Centers for Disease Control and Prevention.

In addition to its rapid spread across the country, the spread within households is swift, as Tejeda and her family recently experienced.

“We all got it at home … one after the other,” said Tejeda, who developed fatigue and severe nausea herself while caring for Zoelis in the hospital. Then her two older children, as well as two cousins, came down with the virus, followed by her father, a type 2 diabetic who needed to go to the hospital and is still recovering weeks later.

“It is common that multiple people in the household will get the flu, often one after the other, resulting in a long period of household illness,” explained Dr. Katie Lockwood, a primary care pediatrician at Children’s Hospital of Philadelphia. The result is often missed days of school, activities and work for parents, she added.

For parents, the toll of caring for everyone at home over a long period of time can be taxing.

“I don’t know what it’s like to sleep anymore,” said Tejeda, whose 9-year-old son, Damian, has asthma and whose breathing she has been closely monitoring alongside Zoelis’. “I don’t wish this on anyone.”

The best way to protect your family

Most children with influenza will recover well at home, Lockwood explains.

Although complications are most common in younger children and those with weakened immune systems or chronic illnesses like asthma, even previously healthy children can develop a complication, Lockwood says.

“It isn’t only the children with high-risk medical conditions that get sick from influenza or develop complications. Anyone can, so that’s why it is so important to protect yourself with vaccination,” Lockwood said.

“Getting a flu shot is the single best way to prevent the flu,” Stockwell said.

The American Academy of Pediatrics and the CDC both recommend that children be vaccinated starting at 6 months of age. Children 6 months through 8 years who are receiving the flu vaccine for the first time should receive two doses one month apart.

“Her appetite is coming back, and she’s starting to be more playful again,” she added. Although she has recovered from a bout of influenza A, Tejeda chose to complete Zoelis’ vaccination series and protect her against additional strains of the flu this season.

She recently received her second dose of the flu vaccine. 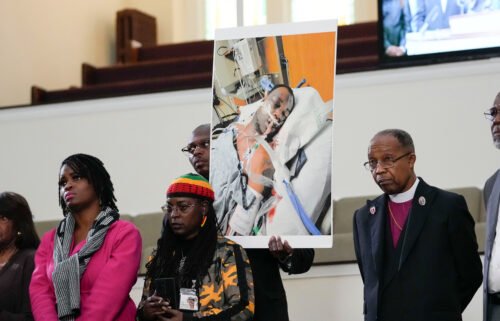 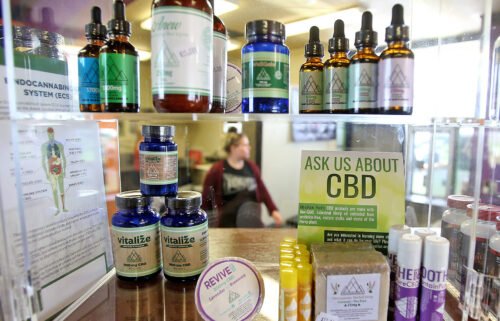