With temperatures dropping overnight and the first snow already on the books, Central Oregon street and operations departments have been conducting winter street preparations.

New this year, the city of Bend is adding a snow gate to one of the motor graders. The hydraulically activated attachment is used to trap snow in front of the blade for a short distance and can prevent snow berms at intersections or in front of driveways.

David Abbas, the city’s director of streets and operations, said Wednesday he heard good reviews that the snow gate is useful in more rural settings, where driveways and roads have a greater distance between them.

” We’re putting one on a motor grader to try it in an urban dense environment, ” Abbas said. ” There’s good review on them out in the rural county, where maybe there’s a driveway every half-mile. As folks know, here in the city of Bend, urban environment, a street intersection every few hundred feet or driveways every 50 feet . So we’re going to try it this year and see how it works and try to alleviate some of those berm issues. ”

Abbas said the city is at the point in the year when it wraps up road construction projects, to focus on winter preparation.

City officials have meetings planned with Cascades East Transit and the Downtown Association to discuss their winter needs and wants.

The city also will begin setting road priorities and determining when it needs to consider calling in private contractors.

Abbas said it’s also time for the community to begin thinking about winter road preparations. If you have a basketball hoop, garbage cans or park your vehicle on the road, remove them if you can so that plows, sweepers and sanders can pass by.

Both ODOT and Deschutes County road officials told NewsChannel 21 they have a snow gate in use.

The county said so far, they have not had much luck getting the hydraulics to work correctly.

Abbas said the next piece of equipment the city is working to implement is a GPS system.

They’re in a pilot program right now, tracking each piece of equipment to know what streets have been maintained. 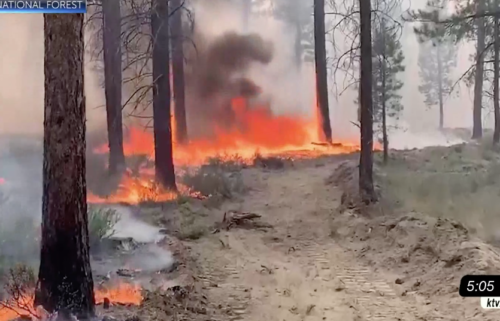