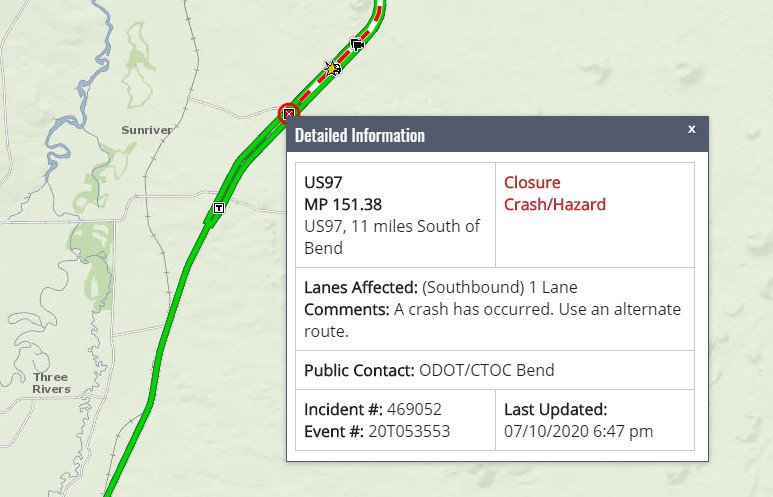 A preliminary investigation found that Yasbell Joseph, 24, was driving a green 2001 Ford Explorer heading south when it left the highway and rolled, Fox said.

Front-seat passenger Joseph Kushner, 34, was not wearing a seat belt and was thrown from the Explorer, Fox said. He sustained fatal injuries and died at the scene.

Yasbell Joseph was wearing a seat belt, Fox said, and she was flown by air ambulance to St. Charles Bend.

The crash closed, then partially closed the highway for hours, for the helicopter to land and for crash reconstruction, causing traffic backups.

OSP was assisted at the scene by Deschutes County sheriff’s deputies, Bend and Sunriver police, Sunriver fire medics and ODOT.