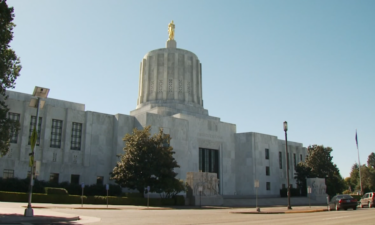 BEND, Ore. (KTVZ) -- Several Bend clergy said Monday they have published an open letter expressing concern over the process that led to the hiring of Portland Assistant Police Chef Mike Krantz as Bend’s next police chief, as well as the culture of policing in which he was trained.

“In a moment in time where deep sensitivity must be given to decisions made about law enforcement, it seems that blind spots have plagued this process,” said Jer Swigart, co-founder of The Global Immersion Project, a Christian peacemaking organization. “We as clergy feel called to examine the city-wide systems of power for areas of latent white supremacy and outright racism that cause such blind spots.”

These pastors and faith leaders came together in the aftermath of the murder of George Floyd in Minneapolis and the uprisings that followed nationally and in Central Oregon.

The group expressed concern at City Manager Eric King’s process in hiring Officer Krantz. Several grassroots organizations—particularly those led by people of color—were opposed to Krantz, and yet that feedback does not seem to have influenced King’s decision.

“This is a ‘come to Jesus’ moment for police departments, “ said Rev. Morgan Schmidt, founder of Pandemic Partners and pastor at First Presbyterian Church. “Bend can either take that cue, listening to its residents with creativity and heart, or we can ignore this national moment and risk seeing the same violence we’ve seen in other cities.”

Krantz arrives in Bend having served in, and helped to lead, the Portland Police Bureau, a department that has a history of protecting officers in incidents of police brutality against people of color. The department was recently accused of being in contempt of court after using tear gas against unarmed Portland protesters, just hours after Governor Kate Brown banned its use.

In the letter, the group calls on City Manager King, City Council, and the Bend Police Department to set an example for other cities by employing more innovative approaches to policing. They urge leaders to implement the policy demands outlined by Reimagine Oregon, and they commit to holding those entities accountable and walking in partnership as Officer Krantz begins his tenure this week.