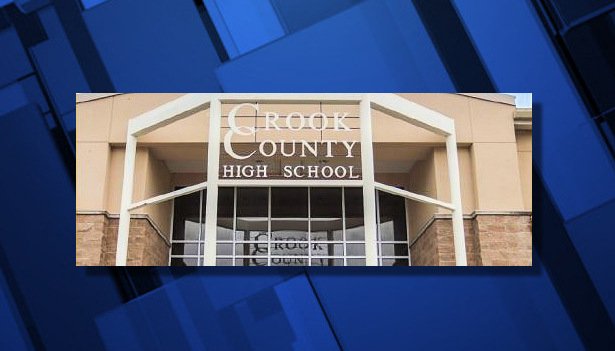 District notes no COVID-19 cases have originated from schools

Crook County reported 11 new cases, which exceeds the state’s weekly metrics for Crook County schools. The decision to ask for the waiver was made after meeting with officials from the Crook County Health Department and learning the following about last week’s cases:

In a news release Wednesday, the school district said the Crook County Health Department supports the district’s efforts to keep schools open and continue providing in-person instruction with all of the existing safety measures in place.

That includes wearing masks, social distancing, and consistently sanitizing classrooms and buildings. The health department also reminds families to keep their children home if they have a fever or aren’t feeling well.

“This district is extremely diligent about following the guidelines to make sure we stay safe so we can stay open,” Johnson said. “But it’s important to look beyond the numbers and find out what’s really going on. Based on feedback from local public health officials, none of the cases are connect to our schools, so we don’t believe our students should be forced back to distance learning.”

The Crook County School District opened its doors to K-3 students on Sept. 8 and then to grades 4-12 on Oct. 5 after meeting the state metrics. K-5 is back full-time, while middle and high school students attend in a rotating hybrid schedule.

Crook County Middle School has been running after-school sports camps, and Crook County High School successfully completed a season of spring sports last week. No new cases have originated from the schools or these sporting events.

To keep students in grades 4-12 in school, Crook County must meet the following metrics each week for two weeks in a row:

As of Wednesday, when 2 new cases were reported, Crook County has had 6 new cases this week, officials said.

If Crook County reports 8 or more cases this week, unless a waiver is granted, Johnson will be forced to announce that grades 4-12 must return to Comprehensive Distance Learning by Monday, Nov. 2.

However, grades K-3 and the district’s small and rural schools – Paulina, Brothers, Steins Pillar, and the Hybrid Learning Campus at Pioneer – would all continue with in-person instruction, based on state exceptions.

“We are hoping that ODE and the state of Oregon open a conversation about the metrics and consider making thoughtful adjustments," Johnson said. "If we have to close down for grades 4-12, we might be looking at early spring before school can resume, given how high the threshold is for returning. That just doesn’t make sense, when cases can be identified and confined and there’s no existing threat to our schools.”

Johnson said she is eager to hear back from ODE this week, so the district can provide timely information to district staff and families about next steps.

School District Communications Director Jason Carr said an earlier request by the school district for a state waiver was denied by the Department of Education -- but after they were able to reopen for grades 4-12, when the state suspended its test positivity rate.

It took about two weeks to get an official answer, in that case, Carr said, noting there was no timeline attached to the request. "This one does," he said, "since a decision will have to be made by Monday."