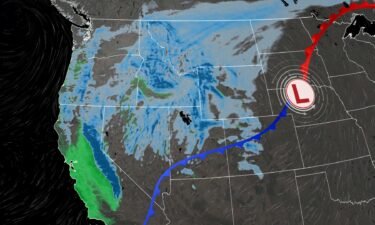 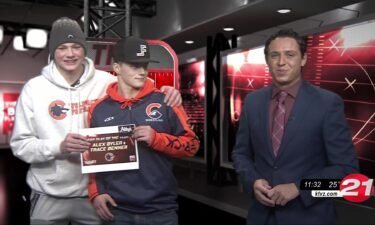 Editor's note: NewsChannel 21 reached out to all of the Democrat and Republican candidates for governor and asked if they would respond to the same set of questions. We are presenting their answers online, in full and as sent, except for any minor typos/spelling errors.

What sets you apart from the other candidates?

Oregon desperately needs a well-informed hard-working everyday citizen willing to use the governorship to enact progressive change. I am a grassroots candidate unlike Kotek and Read, who are part of the elite Democratic establishment backed by special interests/big dollar corporate lobbyists. Too many Oregonians live the paycheck-to-paycheck struggle, just one financial disaster away from homelessness. As a gay immigrant who gained citizenship through adoption, I learned at a very young age to be a fighter for rights, being born without arms and surrendered to an orphanage at birth.

My lived life experience which has had me fighting from the day I was born without arms sets me apart from the other candidates. My lack of arms has placed me at an incredible disadvantage very similar to the tens of millions of Americans with physical and mental challenges who have been discriminated against, abused, and discarded by society left behind to fend for themselves.

I will govern from the perspective that I am you, fighting for you everyday. Living without arms is not easy, but it has taught me an invaluable lesson to never give up proving my detractors and the naysayers wrong. Oregon needs a fighter like me, someone who is not afraid to shake up the elite Democratic establishment that has left us hurting, homeless, underinsured, underpaid, undervalued and living paycheck to paycheck with no hopes in sight o being able to save for our retirement or even for a rainy fund day.

Kroger is a case in point wrongfully terminating because they wanted me to carry my adaptive bike up a flight of stairs into a smoking section as opposed to letting me walk my bike through the front door. I fought back and sue them ultimately coming to an agreed settlement. https://youtu.be/Xrch3_ZT0i0 and https://www.washingtonpost.com/news/morning-mix/wp/2017/02/16/an-armless-man-couldnt-carry-his-bike-up-the-stairs-he-says-it-cost-him-his-job/  is that story covered by KATU News and the Washington Post. My story was syndicated nationwide. People could not believe that Kroger would terminate a physically challenged individual who chose to work contributing his part to society.

I will take that same wit and grit to Salem and make state government work for you, instead of sitting on my hands like my opponents who have have been in elected office for years. Our lives have only worsened and our problems have only grown under the leadership of experienced politicians.

What are your top three priorities and plans to address them?

I will expand Oregon Health Plan to all Oregonians regardless of income. Healthcare after housing is the next biggest expenditure that must come down. I will curtail healthcare costs along with prescription drug prices setting annual ceiling caps to prevent unnecessary bankruptcies guaranteeing a set amount spent on healthcare in any given year.
I will raise minimum wage to $15 an hour in my first 100 days. I will follow that up with instituting a living wage of $25 an hour at all companies reporting billion dollar plus earnings quarterly along with profit sharing with their employees. I will require all corporations pay a use of public infrastructure tax as well as their fair share. The days of billion dollar profit corporations not paying any taxes are over.

I will lower rents of middle-to-low-income by at least $100 at multi-unit apartment properties in my first 100 days while I work with the legislature to ultimately cap rents of middle-to-low-income to 30% of their income in my first term. I will ban all rent related nonrefundable fees including application and pet fees, as well as criminalize vacancies longer than 45 days. If a vacancy can't be filled after 45 days, the government will give that unit to a tenant on the waiting list. There is no reason for vacancies with so many people looking for housing. Where I live, there have been vacant units sitting unoccupied for months because the property management company refuses to rent at below market value. All that will end as your governor. I will mandate Section 8 be accepted by all landlords/property managers and work to cut the obscenely egregious waiting lists/times to under 100 days. I will seize all vacant buildings/properties under eminent domain and give them to nonprofits/organizations/agencies ready to convert them into housing. I will overhaul zoning to discourage single unit only dwellings to expand multi unit/shared dwellings.

What one accomplishment are you most proud of and why?

Despite not having arms, I am an avid cyclist. It is the most liberating experience of a thrill as close to flying as one can get to!

I rode my first bike at a gay conversion Christian boarding school where the pastor felt bad I couldn’t participate in any of the physical sports/exercises the other residents could. He found some old discarded steel pipe and hammered/welded it into a “handlebar” of sorts that I could steer. Despite our many disagreements over lifestyles and world viewpoints, he willed into reality something I never thought was possible.

Years passed before I tried to get back on the bike again. I was living in Pittsburgh, Pennsylvania when I approached bike shop after bike shop only to be told what I wanted was a fools errand to a guaranteed death, or that I was a legal liability. I finally found a bike mechanic who not only was awe struck and inspired by my will to pedal on in life despite my many challenges, but he jumped at the chance to reunite me with my lost love. The Pittsburgh Post Gazette did an awesome story chronicling my biketastic journey (https://www.post-gazette.com/local/city/2013/09/22/Pittsburgh-bicycle-maker-builds-wheels-for-man-without-arms/stories/201309220017) (http://www.youtube.com/watch?v=Tus2FS1L-kw is the video version).

Pittsburgh though wasn’t exactly a cyclist’s haven with their mountain like hills and freezing winters with feet upon feet of snow. So I biked off to find more bike friendly terrain ultimately landing me in Portland, Oregon where I traded in my single speed steel cruiser for an 11 speed electronic shifting bike with a Schlumpf gear in the front giving me 22 gears! The cycling wizard who willed this biking beast into cycling reality created from scratch and fabricated what would come to be my braking mechanism, which I control with my knee.

Everything was biking along quite biketastically until I biked into Kroger’s lane who wrongfully terminated me over my adaptive bike. They wanted me to carry my bike up a flight of stairs into a smoking section as opposed to letting me walk my bike through the front door. I fought back and sue them ultimately coming to an agreed settlement. https://youtu.be/Xrch3_ZT0i0 and https://www.washingtonpost.com/news/morning-mix/wp/2017/02/16/an-armless-man-couldnt-carry-his-bike-up-the-stairs-he-says-it-cost-him-his-job/ is that story covered by KATU News and the Washington Post. My story was syndicated nationwide. People could not believe that Kroger would terminate a physically challenged individual who chose to work contributing his part to society.
Then on June 16, 2018, my bike sent me into a 9 day coma as a result of an accident I to this day don’t fully remember. Prior to this Doomed The 18 Of June fateful day, I refused to wear a helmet. OHSU told me if I had been wearing a helmet, I was sustain a major concussion but would not have ended up in a nine day coma. Obviously having escaped death by the chain of my bike, I wear a helmet and am an avid advocate of these life savers. Most people are shocked and stunned to learn I was biking within 3 months of my discharge. You know what they say, “What doesn’t kill you keeps you biking.” https://www.youtube.com/watch?v=8s3_3A1bMLk  is that fateful cautionary cycling tale captured on my GoPro.

Why should Central Oregonians vote for you?

I will take that same wit and grit I alluded in earlier responses to Salem and make state government work for you, instead of sitting on my hands like my opponents who have have been in elected office for years. Our lives have only worsened and our problems have only grown under the leadership of experienced politicians.
I know just how painful this inflation has been for all Oregonians. I will use this opportunity to enact real tax and regulatory reforms that will strengthen our economy for decades with tax credits ranging from $250 to $500 and taxpayer rebates. For the time being I’ll be freezing the state’s gas tax. These short term measures will be an immense relief to Central Oregon.

We need pro-growth tax reform that will benefit everyone in the state, both by keeping more money in taxpayers’ pockets and by boosting economic growth. Since inflation is the result of too much money chasing too few goods, more production and economic growth can also combat inflation in the long run. We need to start exploring ways to reduce the state’s income tax rates and potentially eliminate the income tax altogether replacing it with an excise tax.
In addition to a temporary tax cut, as governor, I will lead a widespread regulatory relief as a way to lower prices and expand economic opportunity. I will look at streamlining many regulatory restrictions, including adopting sunset provisions, offsetting new regulations by cutting outdated ones, and strengthening the economic analysis of regulations to ensure the benefits of regulations outweigh the costs.

One of my priorities is to eliminate all in-state tuition and forgive existing in-state tuition debt which will help untold tens of thousands of Oregonians. That in addition to lower rents, higher wages, truly affordable and universal healthcare set me apart from the rest of the contenders in this election.

The time is now for an outsider who hasn’t been bought and sold indebted to everyone's interests but the peoples’. 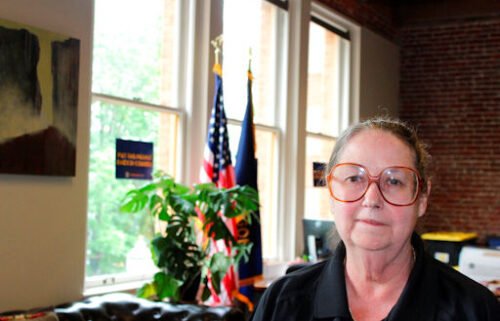 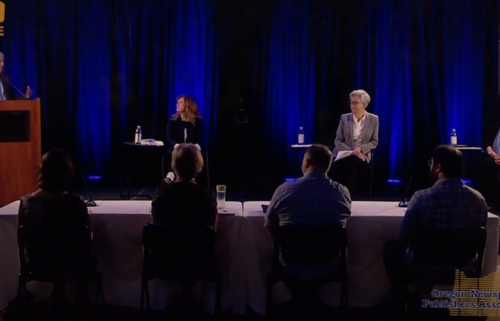 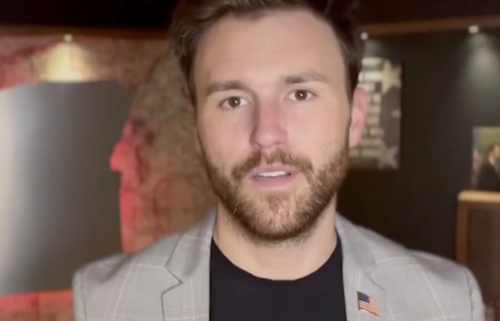 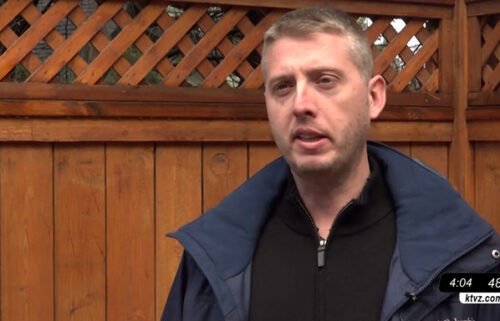