The congressional map, which House Republicans say is unfair and boycotted on Saturday by staging a walkout, passed in the House and Senate on party-line votes. Democrats hold majorities in the Oregon Statehouse.

Monday was the deadline for the Legislature to pass the new U.S. House districts, or the task would have gone to a panel of retired judges.

The new map includes four U.S. House seats that either are safe Democratic or lean in the party’s favor, one reliably blue seat and one seat that could be a toss-up. Republicans believe the proposed boundaries will likely result in the Democrats obtaining five of the U.S. House seats to the GOP’s one.

One seat that could be in play is held by moderate Democratic U.S. Rep Kurt Schrader, who has served as the the U.S. Representative for Oregon’s 5th Congressional District southwest of Portland since 2009.

The contentious redistricting year has been marked by a broken power-sharing deal, the lingering possibility of a Republican walkout and a COVID-19 case that paused the House floor session ahead of a tight deadline.

Stakes were high for both the GOP and and Democrats for redistricting — a once-a-decade process that determines how voters pick state representatives, state senators and members of Congress for the next five election cycles.

While the Senate swiftly passed legislative and congressional maps — without Republican support — last week, the House came to a standstill due to an even split on the redistricting committee.

During the 2021 legislative session, House Democrats gave up a powerful advantage. In exchange for the Republicans agreeing to stop blocking bills with delay tactics, House Speaker Tina Kotek agreed to share redistricting power with the GOP — essentially granting veto power to the minority party over what the six congressional districts and the state’s 90 legislative districts will look like.

But last week, Kotek voided that power-sharing deal, saying she was “disappointed that after many months of work, House Republicans did not engage constructively despite many attempts to address their concerns.”

With Democrats having the majority on the new congressional redistricting committee and in the Legislature, it paved the way for them to pass maps they choose. However, Republicans had one remaining tool to block maps — a walkout, denying the House quorum to vote.

On Saturday Republicans in the Oregon House failed to show up for a floor session, upset Kotek earlier had rescinded the power-sharing deal and frustrated about the now-passed map.

Republicans returned Monday, the deadline to pass redistricting maps. Enough GOP lawmakers returned to the House floor to achieve a quorum required to vote. With the Republican reverse, the new congressional map passed through the Legislature. The bill must be signed by Gov. Kate Brown, a Democrat, by midnight.

The maps and details can be found at: https://www.oregonlegislature.gov/redistricting

(Salem, OR) — Governor Kate Brown issued the following statement after signing the redistricting bills passed by the Oregon Legislature today:

“The right to vote is sacred. In Oregon, we know that every vote matters because every voice matters in our electoral process. I’d like to thank the Legislature for coming together, through adversity, to pass legislation for redistricting. We do not always all agree, but when we find common ground, we can work together to do what is best for Oregon.

“For the first time in forty years, Oregon is gaining a congressional seat––another delegation member to advocate for the common good of all Oregonians. After the past year and a half, during which Oregonians have faced unprecedented challenges that have urgently required federal attention and resources, I am particularly grateful that the Legislature has come together to pass today’s historic legislation.

“My office reviewed the maps contained in the bills passed by the Legislature after they were proposed this weekend. Redistricting is a process that necessarily involves compromise, and I appreciate the Legislature working to balance the various interests of all Oregonians.”

According to the Oregon Supreme Court’s recent decision in State ex rel Kotek v. Fagan and Senate Bill 259 (2021), the deadline for the Legislature to complete redistricting plans for state legislative districts and federal congressional districts is Monday, September 27, 2021.

From House and Senate Democrats:

“My thanks to every Oregonian who took the time to make their voices heard throughout this process, and to the legislators who answered the call to get this job done for our state.

“Redistricting is always a complex task, and this time we faced more challenges than ever before. Interference from the Trump administration and the COVID-19 pandemic led to major delays in the release of the census data used for redistricting, which left the legislature with a much shorter timeline to complete our Constitutional duty.

“Against some incredible odds, we got the job done for the people of Oregon.”

Leader Drazan included the following reasons for the motion during her floor remarks:

“With the events of this past week when she chose to cheat Oregonians and breach an agreement, Tina Kotek has exhibited disorderly conduct and must be censured by this body.

I would assert that those with power demand our highest standards and greatest commitment to accountability.

The inability of the Speaker of the House to keep her word, or conduct her affairs in the execution of her duties at the highest ethical standards affects our ability as a body to function.

If we cannot trust Tina Kotek’s word, if we cannot trust that what she says is true in her capacity as Speaker of the House, if she is allowed to reap the benefits of an agreement without the obligations it imposes, this House cannot function. She has impacted the ability of this body to operate as a fair law-making body.

Today I willingly face political reprisals and urge this body to exercise the power given to us to hold our members accountable for their conduct when it has grave and far reaching impacts.

We cannot silence the voices of the minority when they are inconvenient to the majority.”

The motion failed, with all present House Democrats voting to defend Representative Kotek’s decision to break her promise to Republicans and Oregonians in order to pass gerrymandered redistricting maps.

“These partisan maps are a wake-up call for Oregonians. They know Democrats had to cheat to get these maps across the floor.

Democrats in Oregon have passed rigged political maps that will guarantee super-sized majorities in the legislature and immediate control of more than 80 percent of Oregon’s congressional seats. They should be ashamed that they have gerrymandered Oregonians out of their shot at fair elections for the next decade.

We had an opportunity to put aside politics in the interest of fair representation. The actions during this special session prove this was never the Democrats’ plan.

This is by no means over. The illegal congressional map adopted today, clearly drawn for partisan benefit, will not survive legal challenge. Political gerrymandering in Oregon is illegal and drawing congressional lines to ensure 5 out of 6 seats for your party long-term is gerrymandering.

Oregonians will only get the fair maps they deserve, free of partisan influence, by supporting an independent redistricting commission in the next election. Politicians should not be drawing their own political lines. If Oregonians believe we need fair redistricting, then they should overturn what resulted from this charade of a vote at the ballot box.”

SALEM, Ore. – Today, along partisan lines, the Senate concurred in House amendments on a congressional redistricting plan that seeks to cement Democrat dominance in Oregon for the next decade.

“The law requires us to keep communities of interest together in the redistricting process. The only community of interest this map seeks to keep together are Democrat voters. In no world does it make sense for Bend and Portland to be in the same district. Spreading out urban voters by having four districts that include portions of Portland is the very definition of gerrymandering.

“There will undoubtedly be court challenges to follow. The best the principles of fairness and honesty can hope for is impartiality.”

The Senate vote was 18-6, with all Republicans voting no. The plan now goes to the Governor for her signature.

These redistricting maps have a blatant disregard for keeping communities together; to such an extent, Redmond is split through the middle of town, and kids in the same school and neighborhood are in two completely different districts. In addition, Central Oregon, one of the fastest-growing communities, will have to share representation with Portland at the Federal level and compete with Portland for resources furthering the East-West political divide. We all know Portland took most of the money from the Cares Act while the rest of Oregon scrambled for the leftovers.

Oregon has diverse political affiliations, with many Oregonians being Non-affiliated, others Democrats, Republicans, and Independents. Tragically these maps only represent one group and ensure success for their incumbents and those running for higher offices.

Oregonians still have an opportunity to pass fair maps free of political gerrymandering with an independent redistricting commission. If the people believe that  the redistricting process should be taken out of the hands of lawmakers, then they should vote to overturn these maps at the ballot box.”

From the Republican National Committee:

“Democrats are disenfranchising thousands of voters and have proved to Oregonians that the only thing their party cares about is political power. Joe Biden, Eric Holder, and every other outspoken Democrat critic of gerrymandering should be joining Republicans in urging Governor Kate Brown to veto this map.” –RNC Spokesperson Keith Schipper 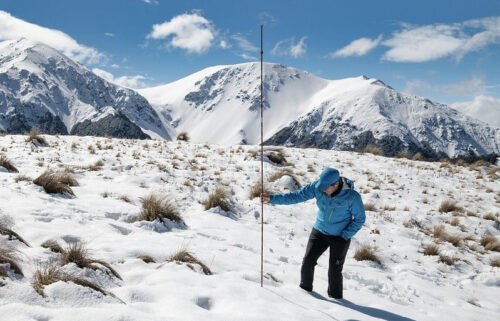 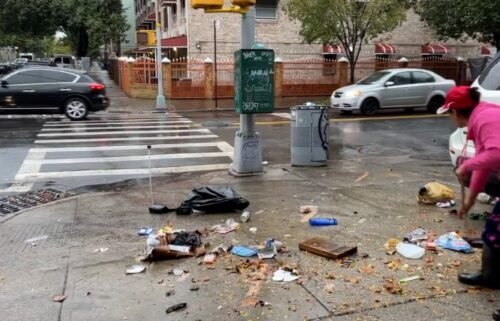 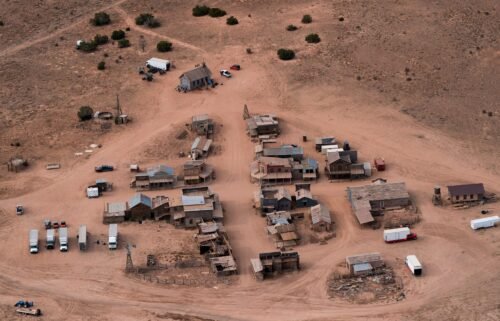