A US federal court has awarded $2.3 billion in damages to several crew members of the USS Pueblo and their surviving families, more than 50 years after North Korea seized the American naval vessel and took its crew hostage.

More than 100 crew members and their relatives filed a suit against North Korea in February 2018 in a federal court under the Foreign Sovereign Immunities Act, which allows victims to sue state sponsors of terrorism for torture, hostage-taking, personal injury or death.

The award is among the largest sums ever handed out in a state-sponsored terrorism case, the attorneys representing the plaintiffs said in a statement Thursday.

Mark Bravin, the lead attorneys for the victims, called the judgment a “tremendous result.”

“I think all of the plaintiffs will be very, very happy,” said Bravin, who started working on the case about six years ago.”It has been a long process.”

The plaintiffs were allowed to sue after former US President Donald Trump named North Korea a state sponsor of terrorism in 2017, reopening the window to litigation against Pyongyang under the 1976 Act. North Korea had been removed from the list in 2008 by then-President George W Bush.

However, it remains unclear how the damages could be recovered from North Korea. Pyongyang was not represented at the case and has long accused the Pueblo and its crew of illegally spying in North Korean territorial waters when it was captured.

The Pueblo is technically still a commissioned ship in the US Navy, but since 2013 North Korea has used it as a tourist attraction and propaganda museum in Pyongyang.

Bravin said that because of the ruling, the plaintiffs will be able to successfully apply for an award from the Justice for United States Victims of State Sponsored Terrorism Act, a fund set up by Congress to support victims of terrorism.

While it may take some time to get a substantial portion of the award given by the courts, Bravin said victims could start collecting compensation “as early as next year.”

Previous cases have been brought against North Korea for the Pueblo incident.

In that case, the court awarded the three surviving crew members $16.75 million each, and Bucher’s estate $12.5 million for the abuse suffered during capture and the “physical and mental harm that (they) likely will continue to endure throughout the rest of their lives.”

The Pueblo was captured by North Korea while it was in international waters off the coast of the Korean Peninsula on January 23, 1968. After a tense standoff in which they desperately radioed for assistance that never came, the 83 crew members were captured and then transported to the North Korean port of Wonsan. One sailor was killed in the incident.

The group was later transferred to a detention center near Pyongyang, were they were held for 11 months. Survivors said they were beaten and tortured by their captors.

Tensions on the Korean peninsula ratcheted up to the extent that US generals drew up a potential nuclear strike plan. Washington eventually opened negotiations with Pyonyang at the so-called Panmunjom “peace village,” on the demilitarized zone between North and South Korea and, after months of talks, the US agreed to sign a North Korean-drafted apology. The men were then released across the demilitarized zone separating North and South Korea.

The plaintiffs of the case sought compensation for the “mental anguish, pain and suffering” caused to the families of the crew, as they waited anxiously for news of their loved ones for 11 months and dealt with the after effects of North Korean abuse, both physically and psychologically.

Don Peppard, one of the crew members who joined the case, said the isolation from the rest of the world was particularly tough to endure.

“Day after day, not knowing if we were going to survive the next day or if we were ever going to see our families again, it was a trying time,” said Peppard, who is the president of the USS Pueblo Veterans association.

Peppard said after his release, he changed into “a little bit of a different person,” even though he didn’t realize it at the time. He described an array of symptoms that resemble post-traumatic stress disorder, including suffering from bad dreams for “quite a long time.”

“I was kind of a disagreeable person,” he said. “I ended up with a divorce with my wife, and I actually didn’t spend much time with my children for all the intervening years.”

Peppard said the case has brought him closer to his children. But, as a young sailor, he said he never could have imagined suing North Korea for what he endured.

“We were military people and we were performing military duties,” Peppard said.

“Normally we wouldn’t want a lawsuit against an enemy … but this situation is just a little different,” he said. “We were hostages more than prisoners of war.”

This is not the first time North Korea has been sued in the US for damages.

A judge ordered North Korea to pay $500 million to the family of Otto Warmbier for his wrongful death in 2018. Warmbier was detained and allegedly tortured over 17 months in captivity in North Korea. He was returned to the US in a vegetative state and died just days after his release.

The Warmbiers, like the plaintiffs in the Pueblo case, sued North Korea under the Foreign Sovereign Immunities Act. 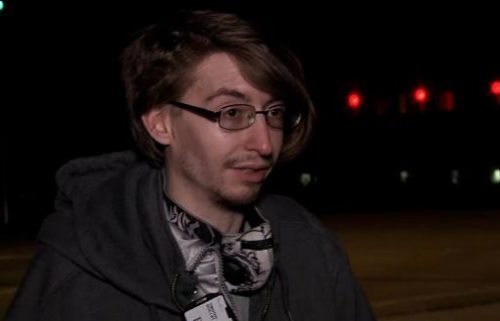 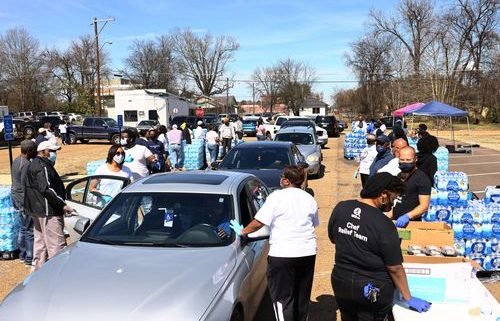