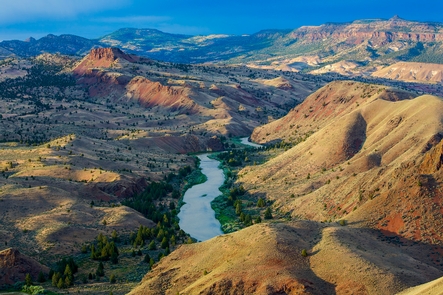 WASHINGTON (KTVZ) -- Sen. Ron Wyden, D-Ore., announced Monday he has received more than 15,000 nominations for more than 4,000 miles of rivers and streams in Oregon that enthusiasts believe deserve to be added to the national Wild and Scenic Rivers designation list.

The named rivers, streams, and portions of rivers and streams came from more than 2,200 Oregon waterway fans – many submitting more than one potential designation -- to Wyden’s office. They will now be considered by the senator as he develops upcoming legislation to designate more wild and scenic rivers and streams in Oregon.

An aide told NewsChannel 21 they were not yet ready to issue a full list of the nominations or indicate which waterways got the most interest.

“Oregonians’ overwhelming response shows both that our state enjoys a unique love affair with our iconic rivers and that Oregonians support efforts to do more to protect these treasured waterways,” Wyden said. “Huge thanks to whitewater rafters, anglers and all river-lovers who responded so thoughtfully and resoundingly in support of protecting recreation opportunities and safe drinking water throughout the state.”

Wyden said he is proud Oregon now has 2,173 miles designated in the Wild and Scenic Rivers system, but that the total remains a small fraction of Oregon’s 110,994 miles of rivers and streams.