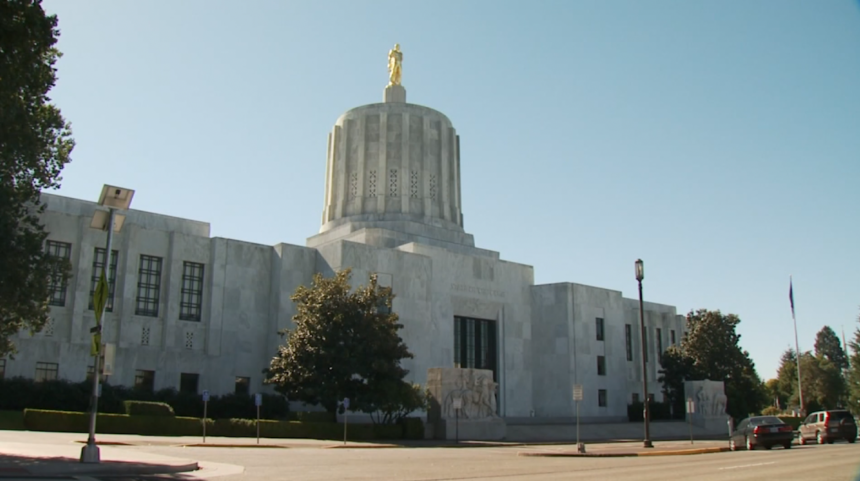 Here's the rest of their joint news release, in full:

In April, the State of Oregon received $1.389 billion in federal CRF resources. The U.S. Department of the Treasury, the allocating body of the federal government, asserts that states should distribute 45 percent of the State’s share, or $624.8 million, directly to local government.

Local governments, the local public health authorities and critical service providers, view these resources as critical in their mitigation and recovery efforts.

Two months into the pandemic, and nearly a month following the State’s receipt of funds, the Legislature’s Joint Emergency Board committed to giving local governments $400 million, less than two thirds of what was intended by the CARES Act, with the caveat that $200 million would be spent on behalf of local government by the state.

From the onset of the pandemic, counties and cities quickly stood up programs to support the health, safety, and well-being of their residents.

To date, roughly $46 million in CRF resources have been released to cities, counties, and special districts. Of those allocations, the state restricted how that money could be spent to narrowly assist in health specific related response, while many local governments supported local small business and other vulnerable Oregonians feeling the crippling economic impacts of the pandemic.

During the August 5 Emergency Board meeting, leadership unveiled plans to spend the remainder of the state’s share of CRF funds, including the $200 million for the state to spend on behalf of cities and counties. A few legislators took a stand for local government and prevented that from happening.

“Counties are acting and reacting expeditiously to the ever-changing impacts of the pandemic and to meet the needs of communities," said AOC Executive Director Gina Firman Nikkel, Ph.D.

"We are hiring contact tracers, purchasing Personal Protective Equipment (PPE), facilitating testing, providing information and resources to the community, helping vulnerable Oregonians, and supporting our businesses that are hanging on by a thread. It takes resources to do all this work.

"Without certainty on funding and direct allocations, it becomes difficult to set up structures and provide the critical services needed during this challenging time. COVID-19 is a pandemic.

"Throughout the response and recovery process success means that all levels of government are working together as a united front to balance mitigation strategies for public health, safety and economic considerations, and strategically leveraging funding to ensure response efforts can be fully implemented,” Nikkel added.

Cities and counties are asking the state to directly allocate the final $200 million from the original allocation to local government. This will allow cities and counties to fulfill needs in their individual communities for the full range of uses allowed under the U.S. Department of the Treasury parameters.

“City leaders are on the front lines of the response to this pandemic, know the issues in our communities, and desperately want to partner with the state to help Oregonians cope with both the health and economic effects of this catastrophe. Without allowing cities to spend our share of federal funds based on the specific needs in our individual communities, this partnership is not possible,” said LOC Executive Director Mike Cully.