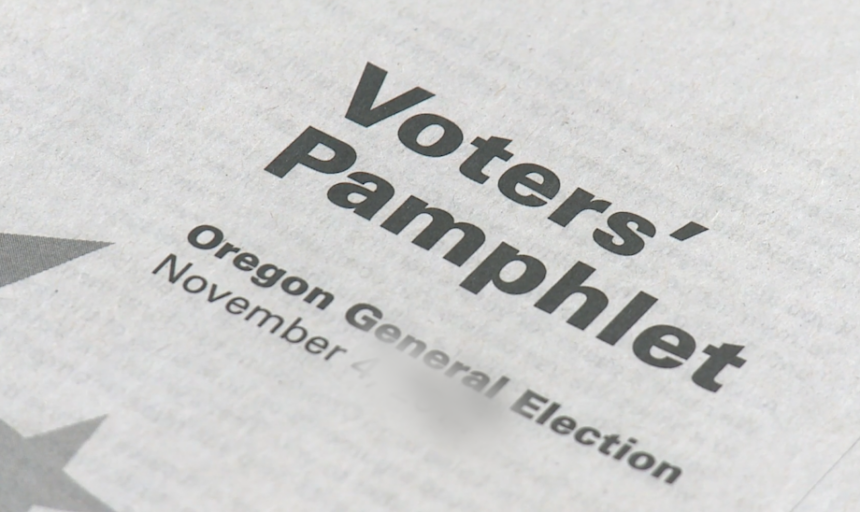 (Update: Clarno says statement will be included, but ruling challenged)

SALEM, Ore. (AP) — A Marion County judge ruled Monday the Oregon Republican Party should be permitted to place its November election statement in the state voting guide although the secretary of state’s office says the party missed the deadline by 29 seconds.

Judge Channing Bennett said state GOP Chairman Bill Currier completed his portion of the transaction in the minute before the 5 p.m. deadline on Aug. 25, Oregon Public Broadcasting reported. Bennett said that is more important than the time at which the state finished processing the filing.

Secretary of State Bev Clarno, who oversees Oregon's elections, said later Monday the GOP statement will be included in the voter guide -- but the ruling will still be challenged, to clarify the rules.

Bennett said the Oregon Voters’ Pamphlet, which includes statements from candidates and information on ballot measures, must go to print Friday to get to voters on time.

The judge said that the time it takes to process an electronic filing is arbitrary and doesn’t provide the certainty called for in law. He said state law sees the policy statements of a major party as “necessary to a free and informed electorate” and that this outweighs ambiguities in the election deadline.

The state Democratic Party and six minor parties submitted their statements without any hitches. But Currier said he had problems filing earlier in the day and did not log into the state’s online reporting system until 4:52 p.m.

Salem attorney Kevin Mannix, who represented the party at the hearing, argued the deadline was unclear because it only referred to “5 p.m.” He said that could mean 5 p.m. sharp or up to one second before 5:01 p.m.

Brian Simmonds Marshall, an assistant attorney general, said the state has the right to interpret its rules and that the law says “not later than 5 p.m.” He noted that a Wisconsin case concluded that a 5 p.m. deadline means that exact second.

“I was very pleased to see that Judge Channing Bennett had fully reviewed all of the materials submitted by both sides and carefully considered our arguments before making his ruling,” said Kevin Mannix, attorney for the Oregon Republican Party in this case.

Mannix argued successfully that public policy, pursuant to ORS 247.005, supports allowing of the publishing of the voters’ pamphlet statement in this case so that voters have full access to information prior to casting their ballot.

“I appreciate that the court noted that the party had completed uploading the voter pamphlet statement prior to 5 pm and that the timing of the credit card payment processing was at issue,” stated Oregon Republican Party Chairman Bill Currier.

“We are pleased that today’s decision by the court will allow voters to compare the statements of the Republican Party with the Democrat Party side by side,” said Currier.  “Being able to review each party’s principles and values before voting is clearly in the best interests of Oregon’s voters.”  (The full text of the statement is here)