Thanks largely to federal aid: 'Money is coming out of our ears'

SALEM, Ore. (KTVZ) – Despite the pandemic and still-high unemployment, Oregon’s expected tax revenue for the coming biennium is more than $1 billion higher than earlier estimated, due largely to federal relief aid -- and that could bring a $1.4 billion “kicker” tax refund for taxpayers, state economists told lawmakers Wednesday.

"Economic growth is surging as the pandemic wanes," the report's executive summary begins. "Thanks to federal fiscal policy, consumers have higher incomes today than before COVID-19 hit. Now they are increasingly allowed to and feel comfortable resuming pandemic-restricted activities like going out to eat, on vacations, getting haircuts and the like. The outlook for near-term economic growth is the strongest in decades, if not generations."

Oregon's unique kicker rebate is triggered when tax revenues for a biennium come in more than 2% above economists’ forecast from the start of the cycle. The state must return the full amount above the forecast to taxpayers.

As you’d expect, with the Legislature in session and heading into its final weeks, everyone had something to say about the revenue forecast ,and what should happen now.

Among the flurry of news releases, this from Gov. Kate Brown's office:

(Salem, OR) — Governor Kate Brown today issued the following statement on the state’s May revenue forecast:

“Today’s revenue forecast reaffirms that Oregon’s outlook for rapid economic recovery from the COVID-19 pandemic and last year’s historic wildfires remains strong. With solid state revenues expected over the next three biennia, coupled with historical federal investments from the American Rescue Plan and the American Jobs Plan, we have a tremendous opportunity for transformational change.

“Our anticipated state revenues will allow us to fully fund our state agency base budgets; make investments prioritized by the Racial Justice Council; move forward with a $9.3 billion school budget; fully fund the Student Success Act; and ensure no one is kicked off the Oregon Health Plan, among other things. These investments will help Oregonians recover from the COVID-19 pandemic and move Oregon toward a future where equity is realized and all are equal.

“As we near the end of the legislative session, I am urging the legislature to pass a budget that reflects these investments—a budget Oregon can be proud of and that will continue moving us forward—while at the same time reserving additional General Fund dollars. With a strong ending fund balance, we will be able to leverage those state dollars with the additional federal resources that are coming our way, setting us up for tremendous possibilities to help Oregon’s families and businesses continue to recover.

“And as we recover, we must work to create a more just and equitable Oregon, supporting the communities that have been disproportionately impacted. By rooting our recovery efforts in racial equity, we can support economic growth for all of Oregon’s communities.”

Revenue forecast documents can be found on the Oregon Legislature's website.

From the Oregon Senate President's Office:

Senate President Peter Courtney issued the following statement after the release of the June 2021 quarterly economic and revenue forecast:

“This is unbelievable. In all my years at the Oregon Legislature, I have never seen a forecast like this. Oregon's economy is clearly one of the most stable in the country. We have what we need to deal with the damage caused by the great fire and the pandemic. If we join our hands and arms, we can really do something about the pain and suffering of Oregonians right now. If we don't, we have no one to blame but ourselves.”

“Today’s forecast is stunning. A year ago, the world was in a free fall. Oregon’s decisions and investments in the face of converging crises have started an incredibly strong recovery.

“While Oregon’s economy is experiencing its strongest growth in decades, we must remember that too many Oregonians are struggling to pay rent or put food on the table. The legislature must seize this opportunity to deliver bold action and immediate relief for Oregon families. This forecast means we can make critical investments to recover from the COVID-19 pandemic, advance racial equity, and address our housing and behavioral health needs.

“We must also recognize that the extended tax filing deadline and delayed information on the federal relief funds have created significant budget uncertainty. As we balance the state budget, we must maintain strong reserves to ensure we can adjust as needed.”

From the Oregon House Republican Office:

“This historic revenue forecast is propped up by massive federal infusions that buoyed Oregon’s economy through the impacts of COVID-19. This windfall won’t last forever. It’s important to commit funds to reserves now along with targeted investments, rather than creating ongoing spending promises we can’t fulfill.

Oregon has the opportunity for one-time spending on wildfire relief and pandemic aid. We should also fully fund schools next year when they need help most. Our kids’ education recovery is critical, and we must give families the choice to return to classrooms full-time. Our state cannot afford to underfund students.

Republicans will be pushing for these investments as we work to balance the budget with healthy reserves while limiting financial burdens caused by unnecessary new taxes or raiding the kicker.”

From the Senate Majority Office:

Oregon is Recovering and Public Health and Equity Remain Priorities

“Today’s news shows that Oregon’s public health practices have saved thousands of lives, and that our economic response has created a solid foundation for a growing economy.

“As we make good on our commitments to Oregonians during this historic legislative session, we must be thoughtful. We must be certain our marginalized communities are not left behind. The impacts of this public health crisis have disproportionately impacted our most vulnerable community members. Congress and the Biden Administration have stepped up by passing the American Rescue Plan, and now the Oregon Legislature needs to deliver a strong economic package for Oregon. Senate Democrats will fight for investments in Oregon’s rebuilding and recovery while advancing equity at every opportunity.

“Finally, while I am very encouraged by today’s forecast, this pandemic is not yet over, and we need to continue Oregon’s efforts to vaccinate as many people as possible. By following public health and supporting all Oregonians, we can ensure that our state moves forward to the bright future that we all want.”

SALEM, Ore. – According to the Oregon Office of Economic Analysis, Oregon is swimming in money. After devastating lockdowns that have resulted in the highest long-term unemployment rate in 9 years, the state still brought in billions over projection.

This will trigger one of the largest kicker refunds in state history at $1.4 billion. That’s enough to give every individual in Oregon $330.

“Money is coming out of our ears. This one-time dump of federal money needs to be used responsibly. We must first ensure taxpayers get their full Kicker. That money belongs to them, and there is no justification to take it from them,” Senate Republican Leader Fred Girod (R-Lyons) said.

After the Kicker, the Legislature has a little over a month to appropriate an extra $1.182 billion this budget cycle. Today’s announcement also projects the state to bring in an extra $1.250 billion in the 2021-2023 biennium.

“This money should be directed to Oregonians' most pressing needs. We must fully fund and fully reopen our schools, invest in our workforce, and assist in wildfire recovery efforts,” Senator Girod said.

Senate Republicans are proposing the following allocations from excess revenue that has come into the state:

From the Oregon Association of Hospitals and Health Systems:

Lake Oswego, Ore. – May 19, 2021 -- Becky Hultberg, President and CEO of the Oregon Association of Hospitals and Health Systems, released the following statement on today’s revenue forecast.

“Today’s revenue forecast, which wowed lawmakers and economists alike, shows that the state has more than enough resources to meet its commitments to Oregonians most in need. We are heartened to hear legislative leaders say that they can fund vital priorities this biennium, and that Oregon’s recovery will extend well into future budget cycles. Given the challenges Oregon families have faced due to COVID-19, it is critical to ensure full access to care during this time of uncertainty. We can and should commit to ensuring continued access to health care for the more than 1.2 million Oregonians served by the Oregon Health Plan and to supporting the providers and organizations that care for them.”

About OAHHS: Founded in 1934, OAHHS is a statewide, nonprofit trade association that works closely with local and national government leaders, business and citizen coalitions, and other professional health care organizations to enhance and promote community health and to continue improving Oregon’s innovative health care delivery system.

Forecast shows it’s time to be bold on kicker reform

Statement by Alejandro Queral, OCPP Executive Director, on the May Oregon Economic and Revenue Forecast

Today’s Oregon Economic and Revenue Forecast leaves little doubt that the “kicker” — an unplanned tax rebate favoring Oregon’s richest taxpayers — is on its way. The Oregon Center for Public Policy estimates that, if revenue collections come in as predicted, the richest 1 percent of Oregonians (with an average income of about $1.1 million) will get a kicker payment of about $12,856. Meanwhile, the typical Oregonian, who makes about $39,000, will get a kicker worth about $312.

While the kicker has long failed to serve the interests of Oregonians, the lingering effects of the pandemic make the injustice of this policy more acute. The COVID-19 crisis has exacerbated the already extreme levels of economic inequality. The rich have seen their fortunes swell, while many low-paid workers have seen their jobs vanish.

Oregon lawmakers must act in the best interest of Oregonians. They should suspend the kicker and either: (1) invest the resources to help low-income Oregonians afford child care, housing, or other necessities; or (2) reissue the kicker in equal amounts to all low- and middle-income Oregonians  — an approach that would result in much bigger, more meaningful tax rebates for those who need them. As a one-time fix for the kicker, such reforms would also allow Oregonians to consider a new approach to Oregon’s oddball kicker law.

This is not the time for being passive in the face of failed public policies. The Oregon legislature should be bold and use this opportunity to lay the groundwork for permanent kicker reform.

The Oregon Center for Public Policy is a non-partisan, non-profit institute that does in-depth research and analysis on budget, tax, and economic issues. The Center’s goal is to improve decision making and generate more opportunities for all Oregonians. 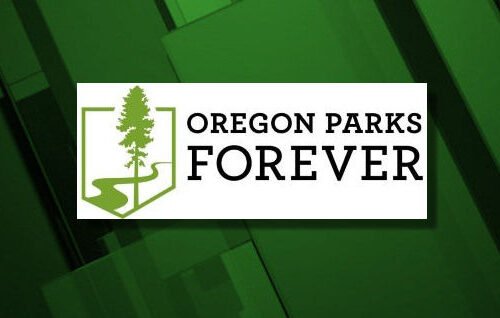