REDMOND, Ore. (KTVZ) -- Last week, the Redmond Senior Center reached out to the community for assistance with an immediate need for help in order to continue to serve and deliver Meals on Wheels, congregate meals and support the new levels of participation from unprecedented growth in the city and region.

The center is seeking $15,000 by Feb. 28 in order to assuage this urgent need. With collective help from a few key businesses and organizations, the center believes this funding gap will be met on time and help them continue a positive future going forward.

One such organization learned of this need and took action with substantial support. On Wednesday morning, the Central Oregon Association of Realtors will present $10,000 to the Redmond Senior Center.

Board Director Cat Zwicker contacted Redmond Senior Center Executive Director Jamie Christman to share the news. "We believe in supporting our seniors and know the (Redmond Senior) Center is working on a long-term strategic plan but this will help get them through in the meantime."

The Redmond Senior Center was launched by volunteers over 70 years ago (1949) when Redmond’s population was less than 3000. It continues to operate as the “hub” and only resource in Redmond focused entirely on seniors.  It is a stand-alone nonprofit solely supported by membership, public and private grants, businesses, occasional special events, donations and countless volunteer resources.  It does not receive tax revenues nor is it operated by the City of Redmond or the Redmond Area Parks and Recreation District.

Christman shared in a letter to C.O.A.R. and other area businesses, "Oregon is recognized by Forbes as the 2nd best state to move to and Redmond the 2nd best city in Oregon for retirees; hence, the signal for accelerated growth in the number of seniors moving to the Redmond area.  Currently, over 23% of Redmond’s population is 50 or older, according to the last census, and a new one is coming.  By 2025, the number of seniors in Redmond and adjoining areas (Eagle Crest, Crooked River Ranch, Terrebonne, Powell Butte, Alfalfa, etc.) is expected to double."

In the last year, significant strategic planning has been at work by the board and a local “Dream Team” of experts.  Now renamed as the “Vision Team,” their work and expertise comes with substantial focus on expanding services that align with national standards supporting high-functioning community-based senior services.

This is accomplished by growing capacity, forging strategic partnerships and monitoring progress to assure resources are optimized. However, until the new business model is complete in its restructure, current financial resources are not keeping pace with the growth.  Thus, the Redmond Senior Center (RSC) priorities are two-fold; the first being immediate funding as outlined above.

The second priority is a new and restructured business model now placed on advancing the scope and scale of the center to:

●      Being proactive by growing the RSC at the pace of change;

●      Expand services to align with national standards and local needs;

●      Implement a contemporary business model that supports financial stability for the Center;

With foresight, leaders have launched, shared and continue working on the Center’s “Master Plan” strategies in order to keep Redmond on track as stewards of the community and its seniors.  The collective help of the community will help the Redmond Senior Center create a positive future going forward with the support being provided right now. 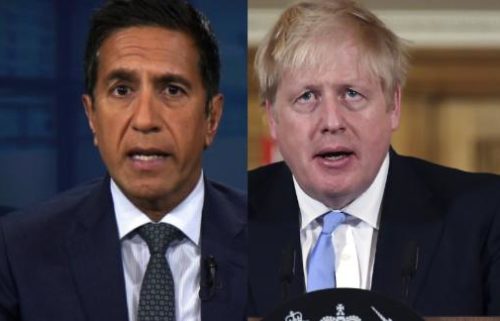