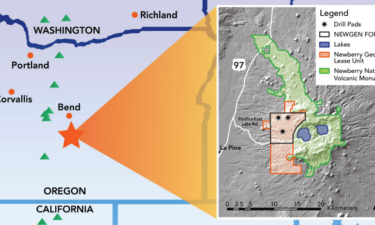 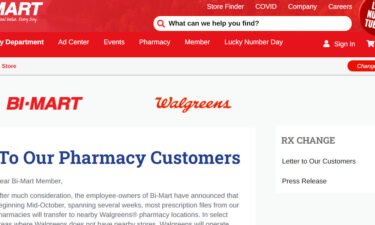 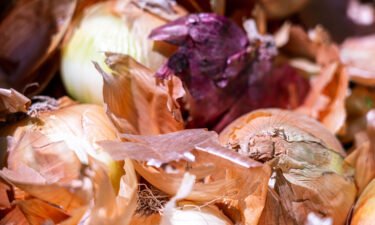 Cushman & Wakefield, retained for sale, says it's among the largest such parcels in state

REDMOND, Ore. (KTVZ) – Cushman & Wakefield announced Monday that the real estate firm has been retained as exclusive advisor by the Oregon Department of State Lands to sell a 778-acre development land site in south Redmond, "considered among the largest industrial land sites currently available for sale in the entire state."

The sales team is listing no pricing in the offer due to the "very unique" nature of the property, a Cushman & Wakefield spokesman said, adding that they "will negotiate with the right user."

Here's the news release on the land sale, tied to a land exchange approved in early June between the state and Deschutes County that will allow the county to expand the nearby fairgrounds and a new Oregon Military Department readiness center on what's called the "South Redmond Tract."

The Cushman & Wakefield sales team is led by Executive Managing Directors Matt Johnson and Mark Carnese and Managing Director Aaron Watt of the firm’s local Portland office. The property is well located and visible along Highway 97 on the south edge of Redmond in Deschutes County. While the site is divisible to a minimum lot size of 50 acres, the minimum size for the first sale is 200 acres.

“There is a scarcity of large lot industrial land sites for development in the Central Oregon area as well statewide, and this site presents a prime opportunity(s) to construct and bring a range of critical and supportive commercial uses to a growing and strategic Oregon location—all within a day’s drive of many West Coast markets and ports,” said Mark Carnese, Executive Director. “Initially, we are ideally seeking larger users in the range of 200-300 acres that would encourage manufacturing/R&D uses for traded goods industries that sell product outside of Oregon.”

Currently undeveloped and unentitled, the property is located in a Large Lot Industrial Zone (LLI) that will allow for flexible traded sector industries including manufacturing, research and development, and higher education uses. Once the primary sectors have been sited, additional commercial and retail services may also be permitted.

In addition, the property is located within the city’s newly created South Redmond Urban Renewal Area that provides potential tax incentives, along with income and payroll tax credits based on employment, as well as qualifies for Oregon’s Food Processor Property Tax Exemption.

According to the Oregon Department of State Lands, the sale will contribute to the Common School Fund, which sends tens of millions of dollars to public schools every year.

“Oregonians benefit from this sale and future development, which supports economic growth in the Redmond area and statewide education,” said Vicki Walker, director of the Department of State Lands. “Some of the outcomes we’re looking at include the creation of more family-wage jobs and addition of new and diverse industries to Central Oregon. Additionally, the proceeds will help fund K-12 schools throughout the state.”

A mid-sized community in Oregon’s High Desert Plateau just east of the Cascade Mountain Range in Central Oregon, Redmond continues to transform itself with new restaurants, brewpubs, boutiques, and lodging, combined with dynamic outdoor recreation activities year-round. The city is home to the region’s commercial airport and is located at the crossroads of the main transportation arterials of US Highway 97 and US Highway 126. Redmond is less than 20 miles north of Bend, 175 miles southeast of Portland/Portland International Airport, and 332 miles from Boise.

Matt Johnson, Executive Director, added, “Redmond is one of the fastest-growing industrial and residential communities in Oregon. Currently with 30,000 citizens, the City projects its population and workforce will continue to grow to as many as 50,000 by 2040.” Johnson continued, “The City remains dedicated to fostering a business-friendly climate where traditional family-owned enterprises, high-tech industries, and a variety of major corporations all thrive, which will serve as a helpful advantage for those interested in purchase opportunities at this 778-acre site.” 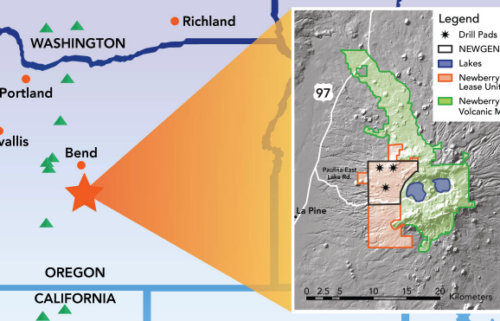