BEND, Ore. (KTVZ) – The League of Oregon Cities’ prestigious Mark O. Hatfield Statesmanship Award was presented to Redmond Mayor George Endicott during the LOC’s 97th Annual Conference in Bend.  The award is presented to a deserving “statesman” who has provided lasting benefits to the quality of life for Oregon citizens.

A Central Oregon native, Mayor Endicott’s service career began in 1969 when he joined the Army and served in Vietnam, Okinawa, and Ft. Hood, Texas.  Following military service, he earned his degree from OSU, then worked as a civilian contractor for the Army, Navy, and U.S. Office of the Secretary of Defense.

In 2003, Mayor Endicott retired after nearly 40 years of federal service and returned home.  Not long after, he was serving on the Redmond Planning Commission, then was elected to the city council in 2007.  He was elected mayor in 2009 and has served seven consecutive terms.

During his time as mayor, he’s also served as the president of the League of Oregon Cities (2013) and the Oregon Mayors Association (OMA, 2017).  He is a past recipient of the LOC’s James C. Richards Award and the OMA’s Mayors Leadership Award.

He has chaired the Central Oregon Cities Organization, the LOC’s Community Development Committee and was appointed by Governor Kate Brown in 2019 to serve on her Regional Solutions team for Central Oregon.

As an advocate for cities, Mayor Endicott has literally "gone the extra mile” - driving to all corners of the state for meetings and regularly to Salem to testify on bills.  A leader for diversity and equity across Oregon, Mayor Endicott has never wavered in his commitment to bringing people together, getting things done and always staying true to his personal values.

The Hatfield Award is presented to a deserving “statesman” who has provided lasting benefits to the quality of life for Oregon citizens.  Applicants must be held in high esteem by the public due to their unselfish devotion to the call of public service.  Hatfield began his political career in 1950 as a member of the Oregon Legislature, and in 1956 became the state’s youngest Secretary of State at age 34.  He was elected to the U.S. Senate in 1966 and became the longest-serving Senator from Oregon in 1993.

About the League of Oregon Cities 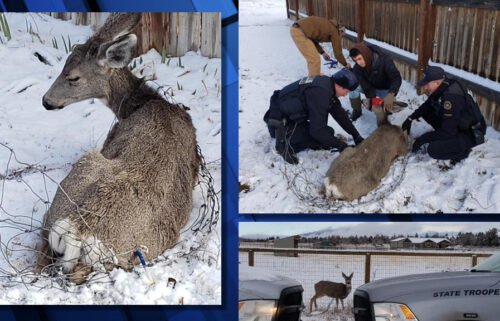