CORVALLIS, Ore. (KTVZ) -- A team of scientists, including one from Oregon State University, concluded in a recent paper that breaching four dams in the Lower Snake River Basin in Washington provides the best and only reasonable opportunity to promote recovery of key fish species, including salmon and steelhead.

The paper, published in the journal Water Biology and Security, takes a comprehensive look at current fish populations in the basin, past efforts to aid the recovery of those populations and the future impacts of climate change.

“We set out to answer the question of what should be done to maximize the likelihood of recovery of these critical fish species in the Lower Snake River Basin,” said Bob Hughes, courtesy associate professor in Oregon State’s Department of Fisheries and Wildlife. “This analysis clearly showed that the aggressive action of breaching the dams is necessary.”

Dams have been built around the world to allow humans to store and alter the timing and amount of water released downstream and often to generate electricity. However, growing evidence indicates that dams also negatively affect ecosystems.

This has led to exponential growth in dam breaching over the last several decades, particularly in North America and Europe. In the United States alone, more than 1,200 dams have been breached, most in recent decades.

Breaching is viewed as a form of river rehabilitation because it can help restore river flows, water temperatures, sediment and particle transport, river and riparian ecosystems and access to upstream and downstream habitats essential for aquatic organisms to complete life cycles, said Hughes, an aquatic ecologist for more than 40 years, including the last 18 at Oregon State.

In 1960 and 1970s, the federal government built four dams on the Lower Snake River in southeastern Washington to improve navigation, produce hydropower and create recreational opportunities.

Since completion of the dams, despite considerable effort to improve habitat and provide for better passage conditions, native fish populations have been, and continue to be impaired, with many species or populations now facing extinction or extirpation, the authors of the paper note.

Nowhere is this decline more evident than in the Snake River Basin, they say. This basin once supported almost 50% of the chinook salmon and steelhead in the entire Columbia River Basin, which includes much of Oregon and Washington, almost all of Idaho and parts of Wyoming and Nevada.

Today, after decades of attempts to mitigate the effects of the dams, only 1% to 2% of historic wild salmon and steelhead numbers return and all populations in the basin face extinction or extirpation.

“The weight of evidence we’ve outlined in the paper points to a strong likelihood that breach, more so than any other measures that have been implemented in the past, will promote a real possibility of rehabilitation,” said Adam Storch, the lead author of the paper who is an analyst with the Oregon Department of Fish and Wildlife. “This is a particularly important consideration given the dire state of many populations.”

For a comparison, they studied research from recent years about the Elwha River in Washington, where dams were breached and native populations of salmon, steelhead, bull trout and Pacific Lamprey have rebounded quickly.

They also looked at research that modeled fish extinction risk for Lower Snake River chinook Salmon and steelhead populations under current conditions and if dams were breached and spill over the four dams in the Lower Columbia Basin increased to aid fish passage.

And they considered climate change dynamics. The Snake River Basin currently contains 20% of the habitat occupied by salmon and steelhead in rivers of the Pacific Northwest; by 2080 it is forecast to contain 65% of the coldest, most climate-resilient stream habitats in the region that these cold-water species need.

Recent research has shown that even with the potential effects of climate change much of the habitat on the Snake River Basin will remain suitable for fishes. However, under current conditions with the dams, it is unclear how migratory fishes like salmon and steelhead will access those areas without succumbing to stress from warm water.

All these factors led the authors of the paper to conclude the wealth of credible scientific evidence indicates clearly that breach of the four Lower Snake River dams and more spill over the Lower Columbia River dams is necessary to rehabilitate declining populations of Snake River salmon, steelhead, bull trout, white sturgeon and pacific lamprey.

“This rehabilitation would, in turn, benefit human populations that depend on these species economically, recreationally, and culturally,” they write. 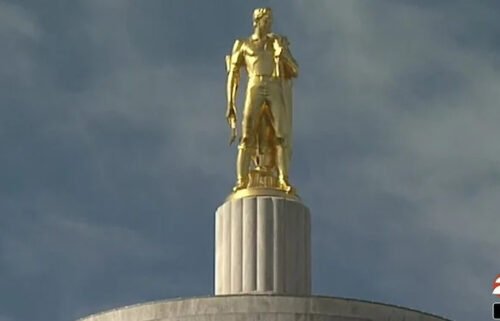