Here’s a look at the life of Rand Paul, US senator from Kentucky.

Performs pro bono eye operations. He practiced as an ophthalmologist for 18 years.

He is not named after author Ayn Rand; his nickname was shortened from “Randy.”

Former president and longtime member of the Lions Club International.

Was active in the congressional and presidential campaigns of his father, Ron Paul.

1995 – Founds the Southern Kentucky Lions Eye Clinic, a non-profit providing eye exams and surgeries to those in need.

August 5, 2009 – Announces on Fox News that he is running as a Republican for the US Senate to represent Kentucky.

May 18, 2010 – Defeats Secretary of State Trey Grayson in the Kentucky GOP Senate primary.

May 19, 2010 – In interviews with NPR and MSNBC, while answering questions about the Civil Rights Act of 1964, Paul expresses strong abhorrence for racism, but says that it is the job of communities, not the government, to address discrimination. Paul later releases a statement saying that he supports the Civil Rights Act and would not support its repeal.

November 2, 2010 – Paul is elected to the Senate, defeating Jack Conway.

January 5, 2011 – Sworn in for the 112th Congress. It is the first time a son joins the Senate while his father concurrently serves in the House. Ron Paul retires from the House in 2013.

January 27, 2011 – Participates in the inaugural meeting of the Senate Tea Party Caucus with Senators Mike Lee and Jim DeMint.

September 11, 2012 – Paul’s book “Government Bullies: How Everyday Americans Are Being Harassed, Abused, and Imprisoned by the Feds” is published. He is later accused of plagiarism in some of his speeches and writings, including in “Government Bullies.” Paul ultimately takes responsibility, saying his office had been “sloppy” and pledging to add footnotes to all of his future material.

February 12, 2014 – Paul and the conservative group FreedomWorks file a class-action lawsuit against Obama and top national security officials over the government’s electronic surveillance program made public by intelligence leaker Edward Snowden. The lawsuit is later dismissed.

December 2, 2014 – Paul announces his bid for a second term in the Senate.

April 7, 2015 – Paul announces his candidacy for the Republican presidential nomination during an event in Louisville, Kentucky.

May 20, 2015 – After 10 hours and 30 minutes, Paul ends his “filibuster” over National Security Agency surveillance programs authorized under the Patriot Act. Paul’s speech wasn’t technically a filibuster because of intricate Senate rules, but his office insists it was a filibuster.

August 5, 2015 – The Justice Department indicts two officials from a Rand Paul Super PAC for conspiracy and falsifying campaign records. During the 2012 presidential primary season, Jesse Benton and John Tate allegedly bribed an Iowa state senator to get him to endorse Ron Paul. Benton and Tate go on to help run one of the Super PACs supporting Rand Paul, America’s Liberty PAC. Both men are later convicted.

February 3, 2016 – Announces that he is suspending his campaign for the presidency.

November 3, 2017 – A neighbor assaults Paul at his home in Bowling Green, Kentucky, which results in six broken ribs and a pleural effusion – a build-up of fluid around the lungs. The attorney representing Paul’s neighbor, Rene Boucher, later says that the occurrence had “absolutely nothing” to do with politics and was “a very regrettable dispute between two neighbors over a matter that most people would regard as trivial.” Boucher, who pleaded guilty to the assault, is sentenced in June 2018 to 30 days in prison with a year of supervised release.

August 2018 – Goes to Moscow and meets with Russian lawmakers, extending an invitation to visit the United States. While abroad, Paul tweets that he delivered a letter to Russian leader Vladimir Putin from US President Donald Trump. A White House spokesman later says that Paul asked Trump to provide a letter of introduction. After he returns, Paul says that he plans to ask Trump to lift sanctions on members of the Russian legislature so they can come to Washington for meetings with their American counterparts.

January 29, 2019 – A jury awards him more than $580,000 in his lawsuit against the neighbor who attacked him in 2017. The amount includes punitive damages and payment for pain and suffering as well as medical damages.

August 5, 2019 – Paul says part of his lung had to be removed by surgery following the 2017 attack by Boucher.

August 10, 2021 – Paul is suspended from YouTube for seven days over a video claiming that masks are ineffective in fighting Covid-19, according to a YouTube spokesperson. 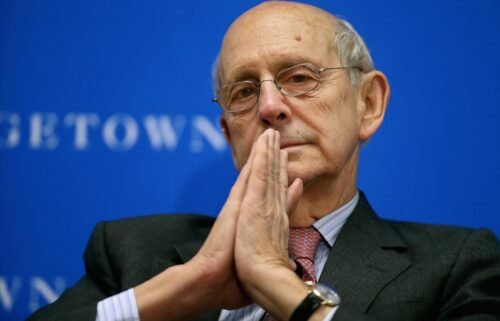 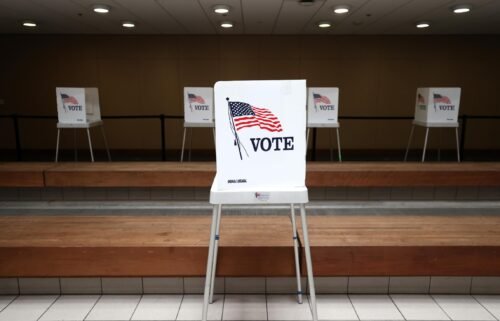