WASHINGTON (KTVZ) -- Rep. Greg Walden, R-Ore., released the following statement after he voted no on the House vote to impeach President Donald Trump:

"President Donald Trump is unique in the history of the American presidency.  No one has led as he has.  His success and his style have frustrated his opponents.

"Remember back to the fall of 2016 when pundits and politicians on the left lectured Americans about the historical need to accept the outcome of the election? Then Hillary Clinton lost.  Some began undermining and attacking the President before he had even taken office.  Others called for his impeachment.

"Meanwhile, we now know--as a result of the Horowitz investigation--that some in the FBI engaged in nefarious actions to investigate the Trump campaign. They lied to and misled the FISA court in an incredible abuse of power by a government agency.  Civil libertarians are rightly outraged by what occurred. Laws designed to protect America from foreign terrorists were misused to spy on an American presidential campaign.

"The false narrative of the Trump campaign colluding with the Russians dominated the first two years of the Trump presidency.  I supported the appointment of Mr. Mueller and repeatedly stood up for the independence of his investigation.  I wanted the facts.

"The Mueller investigation spent years and millions of taxpayer dollars and came up empty.  That report produced nothing impeachable, or the articles of impeachment would include the findings of that report.

"With a clear conscience, I will vote against both articles of impeachment.

"Read the articles of impeachment.  “Abuse of power” and “obstruction of Congress,” are the charges.  Neither of these are criminal violations.  This isn’t perjury or burglary.

"Every administration—Democratic and Republican- pushes back against Congress’ request for witnesses and information.  The Constitution enshrines this separate-branch conflict.  Congress doesn’t like being told no.  At times we’ve sued over it.  It’s the tension our founders designed into the competing branches of government.  Work it out, or go to the courts.  But in this case, they truncated the timeline to exclude a judicial review.  They announced the outcome before the investigation was completed.

"I voted to hold President Obama’s Attorney General in contempt of Congress for refusing to turn over documents related to the “fast and furious” fiasco.  Congress sued and won this case. But Republicans never seriously thought about impeaching the President.

"I threatened to subpoena President Trump’s Attorney General Jeff Sessions to his face in the East Room of the White House during our investigation of the opioid crisis.  We eventually worked it out and got to review the data we sought.   Not once did I think about impeaching the President over this matter.

"The anti-Trump crowd has weaponized impeachment and converted it into a partisan tool, something one of America’s founding fathers--Alexander Hamilton--warned against.   The American people elected President Trump to shake things up in Washington, D.C.  And that’s precisely what he’s done.

"Lower taxes and less oppressive regulations would not have happened under a Clinton Administration.  Hillary Clinton would not have stood up to China as President Trump has.  She would not have demanded and gotten a new and better trade deal with our friends to the north and south.  As for the Russians, she’s the one who led the “reset” with Russia that offended our European allies and played into Putin’s hand.

"We’ve never had a better economy or lower unemployment in the modern era.  We’re the envy of the world.  America is standing up to our competitors and enemies.  We’re getting new and better trade agreements and bringing more jobs back to America.

"We’ve never had a President lean in more to get lower drug prices or make our allies keep their promises to help pay for their national security.

"President Trump is doing exactly what he promised, and that includes violating the political norms of the Washington, D.C. swamp.  And for that, the left wants to send him packing.

"If facts matter, we should not impeach this president, but instead get back to work solving the problems facing American families."

Washington, D.C. –Sen. Ron Wyden, D-Ore., issued the following statement after the U.S. House of Representatives voted to impeach Donald Trump for abuse of power and obstruction of Congress.

The articles of impeachment now go to the U.S. Senate, which will hear arguments and vote on whether or not Trump should be removed from office.

“A senator has no weightier responsibility than to judge a president impeached for high crimes and misdemeanors. As a juror in impeachment proceedings, I intend to look at all of the evidence and vote for a just outcome, not a political one,” Wyden said.

“A just outcome is only possible if the trial itself is just – that means the Senate must have access to all of the facts. Our chamber must be able to call all necessary witnesses and subpoena all necessary documents to get the fullest possible picture of the events for which Donald Trump has been impeached. In my view, no member can uphold their oath of office without calling for a full airing of the facts at hand. I urge all of my colleagues to think carefully about how history would judge a sham process designed by the person standing trial.”

Merkley Statement on the Impeachment of President Trump

WASHINGTON, DC — Oregon Senator Jeff Merkley released the following statement after the U.S. House of Representatives voted to impeach President Trump for abuse of power and obstruction of Congress:

“Our founders created the process of impeachment because they were deeply concerned about two significant dangers: first, foreign influence that might corrupt American democracy; and second, abuse of power by a president tempted to use his powers to become more like a king.

“For these two reasons, the founders placed in the hands of Congress the means to act as a check on a corrupt president: Impeachment in the House, followed by a trial in the Senate. Today, the House fulfilled its constitutional responsibility.

“The House has laid out a clear set of facts that should be alarming to anyone who cares about the integrity of our elections or the rule of law. The House presented a compelling case that the president solicited foreign interference in the 2020 election, that he conditioned official actions on this interference, and that he used the power of the office to advance his own interest instead of the public interest. By their vote today, they have concluded that this abuse of power and the president’s obstruction of the investigation are significant enough to trigger a Senate trial on whether President Trump should remain in office.

“Now, the process moves to the Senate, and this is a moment in which every Senator must put country above party. The guiding principle must be complete impartiality in service of the Constitution we swore to uphold. Every Senator should search their own heart, and ask themselves what they would do if the president were of the opposite party. We owe the nation facts, fairness, and integrity—not a cover-up.

“I am profoundly disturbed that the Majority Leader has already said that rather than conduct a fair trial, he is working alongside the White House to enact a party-wide cover-up. It is stunning that he is refusing to call witnesses because they would have evidence about the president’s misconduct.

“At the start of the trial, all Senators will swear an oath to ‘do impartial justice according to the Constitution and laws.’ The oath is not to their party, and not to their president. We are a nation of laws, not a cult of personality. If the Majority Leader blocks the conduct of a fair trial intended by the founders to determine whether the president has abused his power, and whether that abuse merits expulsion from office, then the Majority Leader will have inflicted a wound to our democracy that will have damaging consequences for decades to come. I hope that, over the coming holiday, all Senators will ponder their grave responsibility to rise to the occasion, and to bring our nation the facts, fairness, and integrity America deserves.” 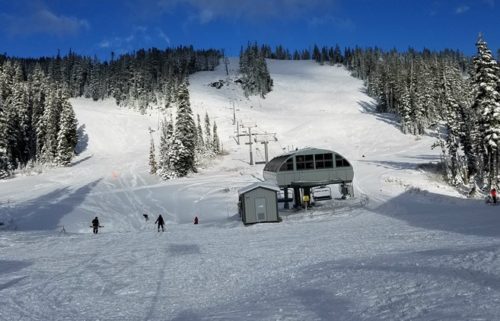