LITTLETON, Colorado (KCNC) — Steve Horvath has a crew of experienced auto mechanics at his Littleton auto repair shop, Jeno’s auto service. Horvath now jokes even his mechanics may not be able to match the catalytic converter thief who victimized one of his customer’s cars as it was parked on his lot earlier this summer.

“Even my guys aren’t that fast,” said Horvath, after watching surveillance video of a catalytic converter thief this summer.

The customer’s car had been parked in the back of the shop. In the middle of a sunny Saturday, when the shop was closed, the video camera caught a thief pulling up, going under the car and cutting out the vehicle’s catalytic converter.

Horvath’s shop is now taking part in a program with AAA and law enforcement to etch a serial number into customer’s catalytic converters and enter the information into a database in the hopes the security measure might slow the theft of catalytic converters.

A catalytic converter is a device that looks like a small muffler. It is designed to convert the environmentally hazardous exhaust emitted by an engine into less harmful gasses. To do this, manufacturers use platinum, palladium, or rhodium.

In recent years, the values of these precious metals have increased significantly, leading to an increase in thefts. The crime has taken off during the pandemic as thieves covet the rare, precious metals contained in a catalytic converter.

“I feel like I’ve got to try something,” said Horvath.

JoAnne Carilli-Stevenson said she is living a catalytic converter nightmare.

This summer, she parked her 2008 Honda Element at one of Denver International Airport’s outdoor lots. When she returned from her trip and started her car and was surprised with what happened next.

“A huge bang, an incredibly loud noise. ‘What is going on?’ The engine lights were on and there is something wrong,” she said. “My 17-year-old son sat next to me and said ‘Mom, it’s the catalytic converter.”

Indeed, while her car was parked at the airport, thieves cut out her converter.

“You’re paying to park, and you’re assuming its safe and secure and it’s obviously not,” said Carilli-Stevenson. She said she had no choice but to pay her insurance policy deductible of $500 although estimates on replacing the converter were as high as $2,000.

“I have no car which isn’t beneficial, can’t go to the grocery store. I don’t have a car,” she said.

The National Insurance Crime Bureau reports in 2018, there were 108 catalytic converter thefts per month, on average. By 2020, that number soared to 1,203 average thefts per month. The NICB says some states are now considering new laws to slow the thefts.

– park in a garage, if available – As an alternative, park in a well lit area and leave you car locked and alarmed – Install motion sensor lights to scare off potential thieves – Install an anti-theft device 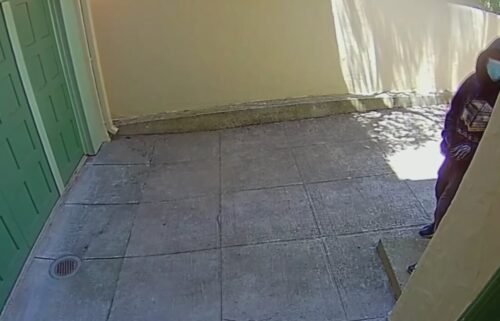