SANFORD, Michigan (WNEM) — Community support for a Midland County man as he continues his six-year battle with blood cancer.

The disease has now caused the Sanford resident’s kidney to fail. He will need a transplant in order to make a full recovery.

It was all to help Eric and Chris German.

“I mean our teachers would never say the right name when we were in school, I was Eric for like most of high school,” Chris German said.

Thankfully that similarity went all the way down to their DNA.

After fighting cancer for more than six years, the real Eric needs a new kidney and Chris is a perfect match.

“I thought he could get life back because he’s a slave to dialysis right now, he can’t go anywhere outside of his range,” Chris German said.

They are such a good match Chris can donate stem cells too, meaning Eric might not have to take medication ever again.

“We’re always willing to help other people in our family so you know, Chris is just you know, following suit to that so he’s helping me out. I don’t know man, how do you thank somebody you know,” Eric German said.

The two are headed to Massachusetts General Hospital in Boston and need all the help they can get. They went back to where it started Sanford.

“I’m flattered, but it’s just a, I think it’s just amazing that you know, you have a community that comes together for someone that they know is from their community,” Eric German said.

The money raised Sunday and online will go toward travel, helping their families, and a potentially risky procedure. Chris did not need any time to think it over.

“I’m more worried that he’s not going to be around, and I had something that I could have done to make that not be so that scares me much more than the potential of what could happen to me,” Chris German said.

The surgery is scheduled for January. If all goes well, Eric should be out in March.

If you would like to donate to Eric’s kidney transplant, head to the weekend hotlinks section of wnem.com. 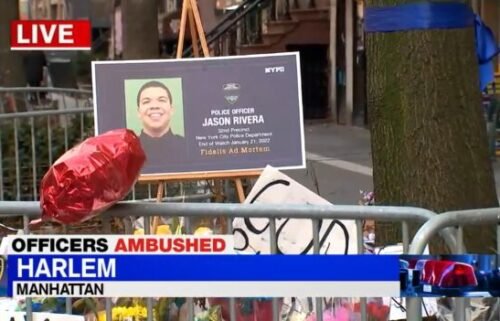