By Dennis Valera and Evan Sobol

WATERBURY, Connecticut (WFSB) — Cats have been turning up dead in a Waterbury neighborhood and advocates say it’s clear they’ve been beaten.

Eyewitness News spoke with a woman who’s been caring for one of the victim cats.

For weeks, Lisa has been caring for this cat, Robin.

He was found with a broken jaw in Waterbury’s Town Plot neighborhood.

“It’s hard, it’s real hard, to see the pain and the trauma and everything he went through. He’s being very well taken care of,” said Lisa.

Lisa was alerted to Robin due to her work with the Connecticut Cat Assistance Team.

They focus on helping stray and feral cats.

Not long after finding out about robin, Lisa learned about other cats being found beaten in Town Plot and the Brooklyn neighborhood nearby.

They were all similar beatings, and she believes someone’s behind it.

“It was heartbreaking,” said Lisa.

Eyewitness News met her just days after she found out about this cat.

We blurred the picture because of its graphic nature.

“Very gruesome, his head was…very, like somebody smashed his head,” Lisa said.

Lisa soon got the attention of animal advocacy groups from around the state.

“The multiple amount of cats that are being found and the manner in which they’re found, they appeared to have been beaten. it all appears to be a vicious, brutal kind of beating,” said Zilla Cannamela, Co-Founder with Desmond’s Army.

So far it’s the only one reported to police.

Lisa said every suspected instance of animal cruelty needs to be reported.

“Reach out to somebody, just, it has to get reported every time this happens,” Lisa said.

To see a GoFundMe set up to help with Robin’s medical expenses. 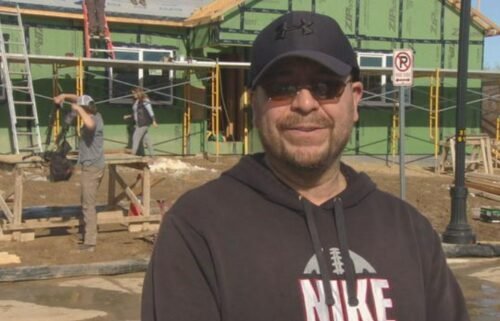