PORTLAND, Ore. (KTVZ) -- Wildlife advocates are sounding the alarm about a return to pre-pandemic activity levels that increase the likelihood of wildlife-vehicle collisions during the busy spring migration season.

Around this time last year, weekday traffic in Oregon had dropped 29% due to COVID-19 lockdowns. A positive outcome of reduced traffic volume was a likewise decrease in wildlife-vehicle collisions.

However, this year, as the weather improves and government officials loosen restrictions, the probability of increased deadly accidents returns as traffic reaches pre-pandemic levels and spring migration puts wildlife on the move.

Adding to the challenge, particularly in western Oregon, is altered wildlife migration routes resulting from last year’s record wildfire season. Oregonians may experience deer and elk on and near roads in areas where they had not previously been seen.

Over the last three years, Oregon’s mule deer population has declined almost 40% in Central Oregon. The primary cause? Increased human development which puts more cars on roads and more people in wildlife habitat than ever before.

According to ODOT, there are approximately 7,000 reported collisions involving animals in Oregon each year. The actual number, however, is estimated to be at least three times higher than the number that’s reported.

For instance, some freight trucks routinely traveling through areas more populated with deer and elk  are equipped with bumper and grill guards to prevent damage from collisions with wildlife. The truck driver may not even know they’ve hit an animal.

Despite these concerning trends, there is something every Oregonian can do right now to help reverse these statistics and conserve our wildlife.

As spring migration rolls on, Oregon Wildlife Foundation (OWF) is appealing to all Oregonians to join them in their campaign to get Oregon’s next specialty license plate approved by Oregon Driver and Motor Vehicles. Your purchase of a “Watch for Wildlife” specialty license plate voucher raises funds needed to put this new plate into production.

OWF has already sold 2,000 vouchers and only needs to sell 1,000 more to put the Watch for Wildlife license plate into production. To learn more and purchase your own voucher, redeemable for this beautiful plate once it’s available, go to www.myowf.org/watchforwildlife.

Proceeds from the future sale and renewal of the Watch for Wildlife license plate provide dedicated funding support to wildlife passage and habitat connectivity projects across Oregon to enable animals of all kinds to move more safely around Oregon’s highways and roads.

OWF is a sponsor, funder, or coalition partner for a variety of wildlife passage and movement projects that would benefit from the additional funding that the Watch for Wildlife license plate will provide. These include:

OWF and partners have raised just over $830K toward their funding goal of $959K, with fence construction slated for summer/fall of this year.

The highest priority is simple retrofits, followed by new crossing projects and complex retrofits in areas with the highest rates of wildlife-vehicle collisions. The action plan for this newly emerging partnership is in the final stages of development.

ABOUT THE OREGON WILDLIFE FOUNDATION
Oregon Wildlife Foundation has been funding projects to conserve wildlife and improve access to Oregon’s outdoors since 1981. To learn more, go to www.myowf.org. 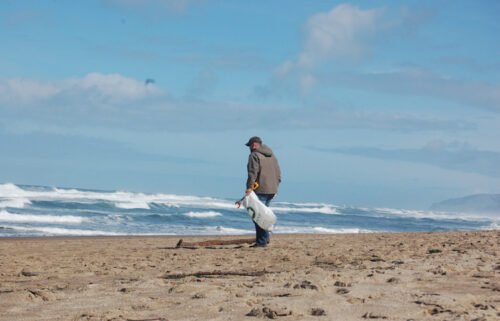