Even as the US prepares for a potential winter surge of Covid-19, President Biden roamed the cavernous halls of the Detroit Auto Show for an interview on CBS’s “60 Minutes” and, gesturing to the mostly maskless attendees, told the nation, “the pandemic is over.”

“We still have a problem with Covid. We’re still doing a lot of work on it,” he told correspondent Scott Pelley.

“But the pandemic is over,” he repeated.

The timing of the President’s remarks was striking: just two weeks after his administration launched a campaign to urge Americans to get booster shots against the latest Covid-19 strains at the same time as they get their annual flu shot. Health officials have also recently renewed their efforts to convince Congress to spend another $22.4 billion on Covid mitigation efforts.

Biden’s declaration has created another split-screen moment in efforts to bring Covid-19 to heel. Some public health experts worry that political motives are driving the President’s desire to declare the pandemic over, rather than protection of the public’s health. Others say the president is right and the acute phase of the pandemic is over, even as the country continues to deal with a high burden of disease.

More than 400 Americans are still dying each day from Covid-19 on average, a number that hasn’t changed much in about three months, according to data from Johns Hopkins University. As of the week of Sept. 9, Covid-19 was the second leading cause of death in the US, according to estimates from the University of Washington’s Institute for Health Metrics and Evaluation.

“In a week, that’s Twin Towers, right? It’s a 9/11, week after week after week,” said Gregg Gonsalves, an epidemiologist at the Yale School of Public Health.

Excess deaths and Covid mortality are still higher in the US, per capita, than in other wealthy nations. And we’ve had a significant dip in life expectancy, he says.

“By any appreciable epidemiologic data points, the pandemic is not over,” Gonsalves said.

One problem that contributes to the confusion is that the definition of a pandemic is squishy. In the simplest terms, a pandemic is an epidemic that occurs around the world and affects a large number of people. It’s not up to a single person or organization to declare an official start or end to one.

“I think it’s sort of a term of art,” said Dr. Amesh Adalja, a senior scholar with the Johns Hopkins Center for Health Security. “There’s no criteria or some checklist that you make.”

Covid-19 is still considered to be a public health emergency both domestically and around the world.

An administration official told CNN on Monday that Biden’s comments do not mark a change in policy toward the administration’s handling of the coronavirus and that there are no plans to lift the public health emergency, which has been in place since January 2020 and now runs at least through October 13.

The US Department of Health and Human Services has promised to give a 60-day notice to states before ending the emergency declaration, something it has not yet done.

Still, Gonsalves says he was dismayed by the President’s assertion that the pandemic is over, especially going into the fall and winter.

“We are we are terribly under-boosted and under-vaccinated in this country,” he said. “What kind of message does it send to say ‘the pandemic is over’ when you want anyone to get shots into arms, both primary series and boosters? And you want to probably get some money out of Congress to do it?”

Biden’s comments align with a recent Axios/Ipsos poll showing that most American feel there is little risk in returning to their pre-Covid lives. The poll found that the share of people who say they have resumed their normal activities is at the highest point since the start of the pandemic, at 46%.

“I know the President is taking a lot of criticism. I actually agree with him on this,” Adalja said.

“To me, it’s about having the tools to shift infections to the mild side and not seeing any concern about hospital capacity, and we have not seen hospital capacity concerns in the United States for some time,” he said.

Adalja says people who are slamming the President are misunderstanding what it means to be in a pandemic.

The administration has said it intends to stop buying vaccines, tests and treatments, shifting those things to the commercial market.

What many public health experts fear, though, is that when the President says the pandemic is over, people hear that Covid-19 is over, and that’s just not the case, said Michael Osterholm, an infectious disease expert who directs the Center for Infectious Disease Research and Policy at the University of Minnesota.

Osterholm fears that that message just undermines efforts to get people vaccinated and boosted, promote access to testing and treatment and, yes, get them to wear masks in areas where Covid-19 transmission is high.

“Why would people now want to go get their booster shot if the pandemic is over?” he asked.

Osterholm says that in his estimation, cases, hospitalizations and deaths are still too high to say the pandemic is over. We also don’t know what variants of the virus could emerge or how our immunity will hold up against them.

“I don’t think people really understand what the implications are for this virus,” Osterholm said. “All of us want the pandemic to be over, but you can’t make it go away by just making a policy decision.” 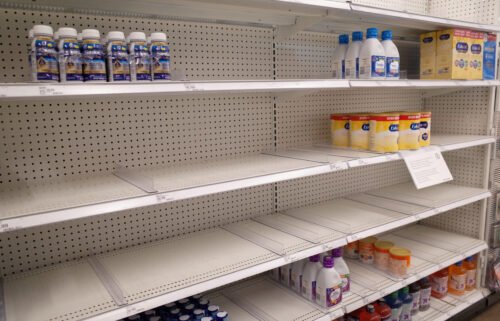 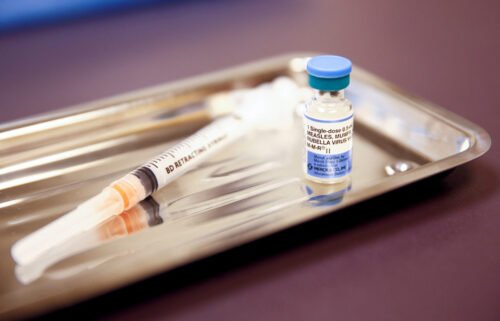 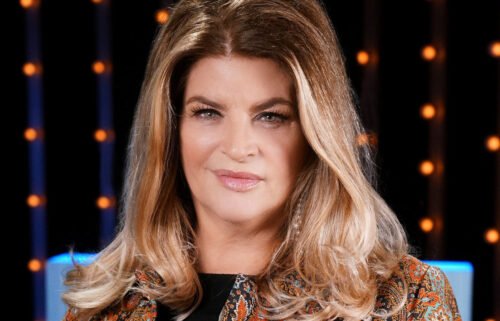 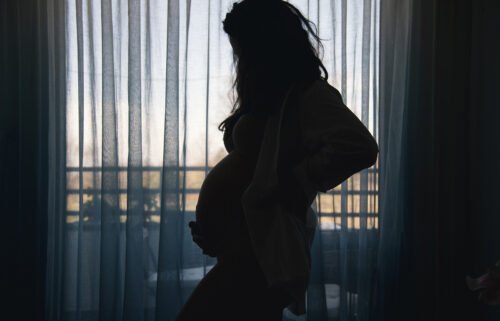