BEND, Ore. (KTVZ)-- It was a historic moment for NASA on Monday as the helicopter Ingenuity successfully took flight on Mars.

NASA called the first successful flight on another planet a “Wright brothers moment.”

That moment was planned to take place more than 20 years ago, with a Bend man leading the mission.

Lloyd Corlis, a retired NASA engineer, has lived in Bend for 20 years.

In 1999, he was the head of flight control and avionics for a project that aimed to drop a plane off on Mars, then have it take flight.

The plane was scheduled to fly on Mars on Dec. 17, 2003, the 100th anniversary of the Wright brothers' flight.

Monday’s success proved what Corliss and his team were looking for.

"It supports, as we know now with this latest venture -- it will support flight,” Corliss said.

Corliss spent 37 years at NASA, helping design many of the X-series of planes used by the NASA and the military.

He said just six months into their Mars mission, they realized the satellites of the time could not produce a clear enough GPS signal to accurately track the plane.

"And by the time we were finished our design on the airplane, it was obvious we didn't have what we needed up there,” Corliss said.

Corliss said this was a common occurrence working for NASA, and a crucial part of the research process.

He said he also knew it wasn’t the last time NASA would try -- that "we've reached an ending point for this place in time, and that another time in the future would work.”

Corliss said he was happy to see the goal be completed, even though it was another team of engineers that pulled it off.

"It's not, 'Oh, darn -- we almost did this, and doggone it they beat us to the punch.' They managed to finally get the items they needed out there and the support,” Corliss said. “No, it's thrilling."

NewsChannel 21 asked Corliss if he believes his work more than 20 years ago played a key part in NASA’s latest achievement.

"I'd like to think so, and in many cases, I'd say definitely,” Corliss said. “But there’s been such a stretch from then to now. The desire has continually been there.”

As a man who's been behind the scenes for a number of incredible NASA achievements, Corliss appreciates this historic launch a bit differently than the average person.

"It's always dangerous to say that you did something that was a first,” Corliss said, remarking on his own historic achievements.

"I realize what they've gone through, so it's maybe a tad more exciting." 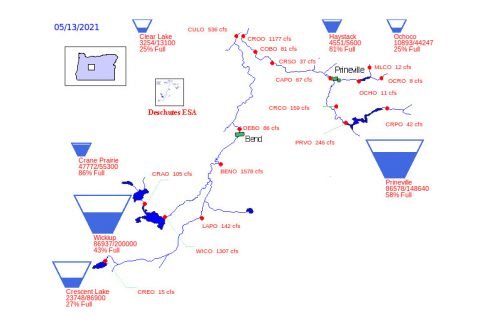