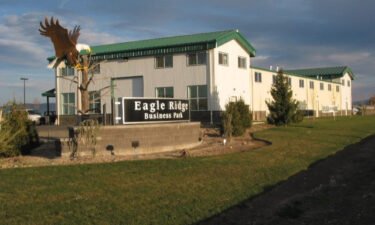 For the 44 million Spanish-speaking individuals in the United States, opening a bank account can be an intimidating journey with an array of obstacles.

Seis, a new bank targeting Spanish-speaking people, is trying to reshape the mobile banking experience to be more inclusive of immigrants.

Trevor McKendrick, the company’s founder, said he felt the US banking system was not accommodating to native Spanish speakers.

“I was born and raised in LA and have lots of Mexican friends who have immigrated to the US,” said McKendrick. “They have had many negative experiences with the banking system here, whether it’s because of fear, language barriers or cultural differences — whatever it is — there’s enough Spanish speakers in the US. They deserve their own banking and that’s why we started Seis.”

Seis employs people from the US, Mexico, Honduras, Chile, Colombia, Venezuela and other Latin American countries to interact with customers. Every time a customer contacts the bank, the interaction is always 100% in Spanish with a native Spanish speaker.

“We’re able to build something really specific to them, whereas a big bank operates on kind of a one-size-fits-all mentality and ends up not really prioritizing our customers” said McKendrick.

Spanish-speaking immigrants have long encountered roadblocks with traditionally established banks, he added, like required documentation, and minimum balances, which at most banks range from $300-$500.

Seis allows immigrants to set up a checking account with only a passport — no Social Security number needed. The customer can download the app and apply for an account online, with no minimum balance, requirements or fees.

“You don’t need any money to open the account. We don’t charge for minimum balances. We don’t require you to have a certain number of swipes per month. We have a fee-free ATM network of over 55,000 ATMs where you can withdraw cash with no fee” McKendrick said.

Many Latinos use both their maternal and paternal last names, but traditional US banks often only allow for one last name on an account or application. McKendrick said many Latinos often get transactions declined because the full name used when making a purchase does not match what’s on their debit card.

“You’re in this country, you don’t speak the language yet,” said McKendrick. “And also, you just got declined for this transaction. You’re just totally confused, and don’t even know where to begin troubleshooting it.”

Sergio Manrique, the bank’s Head of Community, said he grew up as the translator for his family when they first immigrated to the US from Mexico City when he was nine years old, and understood the hardships many families like his face.

“It’s awesome to have a product where if you had just arrived, you can understand it, you can use it and be part of the US society,” said Manrique.

Seis also aims to empower its Spanish-speaking customers, whether it be educating them on financial products like their checking account or Visa debit card or on services like building credit.

“Our customers view themselves on… they’re on their own American dream” said McKendrick. “And so, we view ourselves as helping them along that path.”