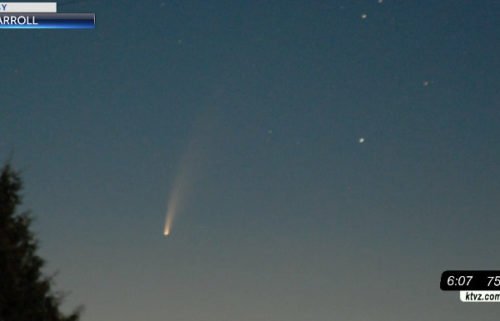 Republican Rep. Greg Walden of Oregon, the top Republican on the House Energy and Commerce Committee, announced on Monday that he will not seek reelection.

In a video statement, Walden said, “I will not seek re-election to the US House of Representatives, nor election to any other office, but instead I will close the public service chapter of my life, thankful for the friends I’ve made and the successful work we’ve done together.”

In his statement, Walden expressed confidence, however, that Republicans can do so.

“Based on recent polling, strong fundraising, the backing of my wife and family, I am confident I could earn another term in the U.S. House of Representatives. I’m also optimistic that there’s a path that exists for Republicans to reclaim the majority in the U.S. House, and I could return as chairman of the powerful Energy and Commerce Committee,” Walden said.

“But,” the congressman added, “I also know that for me, the time has come to pursue new challenges and opportunities.”

The Oregon Republican is a former chairman of the House Republican campaign arm, the National Republican Congressional Committee.

The current chair of the NRCC, Republican Rep. Tom Emmer of Minnesota, called Walden “a class act and political juggernaut who will be sorely missed in Washington” in a statement reacting to the news.

“I spoke to Greg and he assured me that he will remain heavily engaged in ensuring this seat remains in Republican hands,” Emmer said, adding, “This is a solidly Republican district and it will remain so in 2020.”