A person can experience housing discrimination because of their race, sexual orientation, disability, income and many other factors.

Hoyle said Wednesday people who feel discriminated against in Oregon state file complaints, but it's backlogged by an insufficient system. She explained to NewsChannel 21 why the bill is so important for the state.

"Our focus is to make sure that when these cases happen, that there is someone who is going to investigate it so that we can have justice for victims who have been robbed," Hoyle said.

"If the landlord has done the right thing, then we can clear their name," she said. "At the end of the day, the federal government, the (federal) Housing and Urban Development agency, has asked us to come in and help, and I think we are going to reestablish what I think is a successful partnership."

Discrimination can occur in cases such as having to pay a higher security deposit or not being informed of move-in specials or discounts because of your race.

The Latino Community Association and the Fair Housing Council tallied up complaints about housing received on its hotline from Jefferson, Crook and Deschutes counties from 2013-2018.

Of the 359 calls from the three counties, 33 were from Latinos. Deschutes County accounted for 28 of those calls, and three were reported because of belief of discrimination.

Joanne Mina, volunteer coordinator for the Latino Community Association, said the number may be higher, because discrimination is not always reported.

"Then there's the added layer of barriers to access those, whether it's language, whether it's the understanding of the rules when it comes to renting, and where these ads are placed," Mina said. "Accessibility makes a big difference. If folks are not aware of what is open, because it is not marketed in a way that reaches all of the community, then the barriers are there from the get-go."

If Senate Bill 1534 is passed during the February session, the changes would begin to be implemented in 2021.

Housing discrimination is rampant in Oregon. Today statewide Labor Commissioner Val Hoyle and Senator Shemia Fagan announced a bill for the 2020 legislative session to increase enforcement of violations affecting people across the state.

“I want to see Oregon prioritize its enforcement of anti-discrimination laws. We can do a lot more to help people,” said Labor Commissioner Val Hoyle. “Currently, Oregonians that are discriminated against while they’re looking for a home are suffering through a backlogged federal process to file a complaint. It’s long past time to address housing discrimination and enforce our fair housing laws.”

Oregon has a long history of racism and discrimination. According to the Fair Housing Council of Oregon (FHCO), a survey of Portland’s rental housing market found more than one in four prospective renters were discriminated against because of their race, national origin or source of income as they searched for a home.

“FHCO’s report gave examples of rental agents giving different information based on the applicant’s race,” said SE Portland Senator Shemia Fagan. “White renters were told about move-in discounts and parking specials and contacted for follow up, but in many cases Black renters weren’t. Without full enforcement to stop discrimination, Oregon’s investments in affordable housing won’t be accessible to everyone.”

Senate Bill 1534 will increase enforcement of Fair Housing laws by reinstating the state-federal partnership with U.S. Department of Housing and Urban Development (HUD), a relationship that Oregon let lapse in 2015. A one-time startup investment of $299,000 in this biennium will put Oregon back in partnership with HUD. Beginning next biennium, federal funds for cases of housing violations will cover 90% of the costs of increased enforcement; expected general fund cost in 2021-2023 is $63,613.

“With better enforcement, all Oregonians can have equal opportunities to find a home,” said Hoyle. 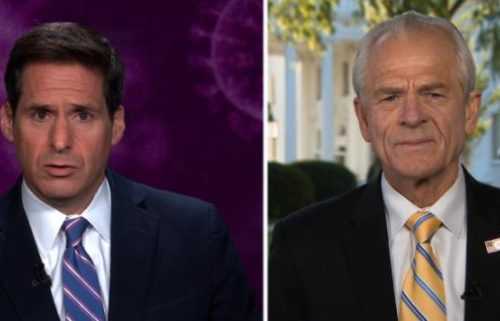