U.S. Bureau of Labor Statistics just out with 2018 data

SAN FRANCISCO (KTVZ) -- There were 62 fatal work injuries reported in Oregon in 2018, up slightly from the year before but lower than the 72 seen in 2016, the U.S. Bureau of Labor Statistics reported Friday.

Assistant Commissioner for Regional Operations Richard Holden noted that the number of work-related fatalities in Oregon was similar to the previous year. Fatal occupational injuries in the state have ranged from a high of 88 in 1992 to a low of 43 in 2012.

In Oregon, transportation incidents resulted in 24 fatal work injuries and contact with objects and equipment accounted for 17 fatalities. These two major categories accounted for 66 percent of all workplace fatalities in the state. (See table 1.) Worker deaths from transportation incidents were down from 29 over the year and worker fatalities due to contact with objects and equipment were up from 13.

Nationally, transportation incidents were the most frequent fatal workplace event in 2018, accounting for 40 percent of fatal work injuries. (See chart 2.) Violence and other injuries by persons or animals was the second-most common fatal event (16 percent), followed by falls, slips, and trips (15 percent) and contact with objects and equipment (15 percent).

The private construction industry had 10 workplace fatalities compared to 8 in the previous year. Specialty trade contractors accounted for six, or 60 percent, of the fatal injuries in this industry.

The transportation and material moving occupational group had the highest number of workplace fatalities with 19. (See table 3.) Heavy and tractor-trailer truck drivers accounted for 9 of the 19 fatalities among transportation and material moving workers. The construction and extraction occupational group had the second highest number of workplace fatalities with 11, followed by farming, fishing, and forestry occupations with 10. Construction laborers suffered 4  of the 11 work-related deaths within the construction and extraction group. Loggers accounted for 7 of the 10 farming, fishing, and forestry occupational fatalities.

Background of the program. The Census of Fatal Occupational Injuries (CFOI), part of the Bureau of Labor Statistics (BLS) Occupational Safety and Health Statistics (OSHS) program, is a count of all fatal work injuries occurring in the U.S. during the calendar year. The CFOI uses a variety of state, federal, and independent data sources to identify, verify, and describe fatal work injuries. This ensures counts are as complete and accurate as possible. For the 2018 national data, over 24,800 unique source documents were reviewed as part of the data collection process. For technical information and definitions for the CFOI, see the BLS Handbook of Methods on the BLS website at www.bls.gov/opub/hom/cfoi/home.htm.

Federal/State agency coverage. The CFOI includes data for all fatal work injuries, even those that may be outside the scope of other agencies or regulatory coverage. Thus, any comparison between the BLS fatality census counts and those released by other agencies should take into account the different coverage requirements and definitions being used by each agency. More on the scope of CFOI can be found at www.bls.gov/opub/hom/cfoi/concepts.htm. 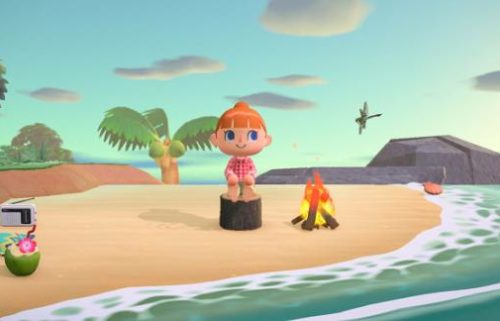