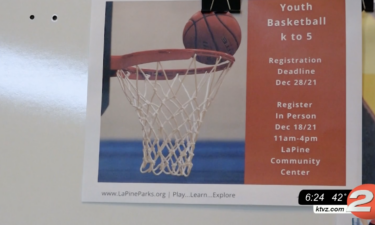 Candidates say COVID-19 is taking over discussions of other topics, like climate change

BEND, Ore. (KTVZ) -- With Election Day coming up on May 19, the coronavirus pandemic is changing how candidates campaign for the position of secretary of state, among others on the ballot.

There are two Republicans vying for the position, state Senator Kim Thatcher, R-Keizer, and Dave Stauffer of Portland, who ran for governor in 2016.

Stauffer said he is running to promote three of his inventions he hopes will solve Oregon’s air pollution problem without raising new taxes.

He said his campaign has not been affected by the coronavirus pandemic, as he has been actively campaigning online through his Facebook pages, creating videos demonstrating some of his inventions.

Stauffer said the news surrounding the coronavirus pandemic has taken over the discussion regarding climate change.

“Everything’s shut down, and now there’s a great debate on opening them up again,” he told NewsChannel 21 Tuesday. “I think that’s getting in the way of a serious debate on the environmental things that need to be done.”

Stauffer said funding from senators Jeff Merkley and Ron Wyden will help with his platform.

“Senator Merkley announced months ago that the Central Oregon Irrigation District down in Bend has received $110 million, or is authorized $110 million, from the federal government to replace some irrigation ditches with pipelines,” he said.

Thatcher said campaigning without interpersonal interaction poses challenges, including fundraising with cancelled events. However, she said she wants to use this time to focus on people being hit the hardest.

Having served in the Legislature, Thatcher said she believes she has the experience necessary to help the state get through tough times in the future, like the coronavirus pandemic.

"It's important that we have somebody that can handle crises and be cool under pressure, and be able to help agencies navigate their way forward, when this is going to be very challenging," Thatcher said.

Thatcher and Stauffer are vying for the chance to face off against the primary winner among three Democratic candidates -- state Sen. Mark Hass of Beaverton, state Sen. Shemia Fagan of Portland and Jamie McLeod-Skinner, an environmental attorney from Terrebonne who ran against U.S. Rep. Greg Walden in 2018.

The position of secretary of state is currently held by Bev Clarno, a Redmond Republican appointed to the job after the passing of Dennis Richardson and who is not seeking election to the position. On Wednesday, Panela will talk with the three Democratic candidates.