BEND, Ore. (KTVZ) -- A former Deschutes County deputy district attorney has filed notice she plans to sue the county, alleging race and sex discrimination and a "toxic sex- and race-based hostile work environment" among co-workers in the district attorney’s office.

An initial tort claim notice dated May 11 from the office of attorney Matthew Ellis of Employment Law PDX in Portland and an amended notice sent Thursday claims Jasmyn Troncoso was a victim of sex and race discrimination during her employment, which began last summer.

District Attorney John Hummel told NewsChannel 21 he was shocked by the allegations, but that he was first made aware of Tronsoco's experiences when she handed him her resignation, two weeks before receiving the tort notice.

"When people walk into this office, they should have to focus on one thing and one thing only," Hummel said. "That’s how to keep Deschutes County the safest county possible. They shouldn’t have to be worrying about how their colleagues treat them.”

NewsChannel 21 also spoke Friday with Troncoso, who said she comes from a family of law enforcement officers and that going into law was what she knew she always wanted to do.

“I was extremely passionate about litigation, and I was good at it,” Troncoso said. “I went into that to help members of the community.”

She came to Bend not only for the job at the district attorney's office, but also to be with her mother, who is ill and lives in Bend.

Before she moved to Oregon, Troncoso worked as a deputy district attorney for the San Bernardino County DA's Office in California.

“The San Bernardino County District Attorney’s Office was a very friendly office, and we were immediately paired up with a mentor and taken out to lunch fairly consistently within the first few months of our employment,” Troncoso said. “That was not the case at this office with me.”

She said she did not meet many of her colleagues at the Deschutes County DA's Office until months after she started working there.

“There were rumors going around that I was anorexic,” Troncoso said. “I’m a slim female. I do not struggle with anorexia. I was questioned about it and asked if I was okay.”

She said she started noticing she was being treated differently from other colleagues three months into her position.

She said she brought it to the attention of her supervisors, but the rumors continued.

“Comments were generally not made directly toward me, but I would hear the same rumors from different sources repeatedly throughout my employment,” Troncoso said.

She said she was able to trace the source of one rumor and confront them about it directly. However, she said that conversation did not go well.

Hummel confirmed Troncoso was the only Spanish-speaking attorney in his office. The revised notice offers more details of Troncoso’s allegations about being told to “speak (expletive) English” by a staff member and being accused of being “inexperienced,” and “a drama queen.”

In the tort notice, Ellis said Troncoso will allege race and sex discrimination under state and federal law and a violation of the Constitution's 14th Amendment right to equal protection of all citizens.

Ellis said Troncoso was a victim of sex and race discrimination "on a continuing and ongoing basis" during her tenure in the DA's office, as the only prosecutor who is a person of color and the only Spanish-speaking attorney in the office.

Among other claims, Troncoso "was told that she was only hired because DA Hummel found her attractive and wanted to have sex with her," the attorney alleged, and she was falsely accused of having an affair with a male victim advocate.

The attorney said these and other issues were reported up the chain of command, but three supervisors who "appeared sympathetic to her concerns … failed to take reasonable steps to stop the conduct."

Ellis said her resignation as of May 15 "was a constructive discharge, because of the toxic sex- and race-based hostile work environment present in the office."

Ellis said if the court finds her claims to be true, she could be entitled to punitive damages for emotional distress and lost wages.

The DA’s office says Troncoso started working there last July. Hummel said his office has hired an investigator to look into the accuracy of Troncoso’s allegations.

Troncoso said she will be moving back to California and returning to work at the San Bernardino County district attorney's office.

Last August, Hummel formally swore in Troncoso as a deputy DA at the Oregon National Guard's Youth ChalleNGe graduation ceremony east of Bend, where she had been a cadet years earlier.

Troncoso told NewsChannel 21 at the time the military-style program had turned her life around when she was in high school, having been on the verge of dropping out. She went on to get a bachelor's and law degree from Loyola Marymount University in Los Angeles.

" I wanted to be a part of this program and help it grow and expand and get as many kids through here as possible and change some lives," she said.

Hummel issued a news release Friday regarding the allegations, which reads, in full:

"Ms. Troncoso alleges she was treated horribly by colleagues during her employment with Deschutes County and she alleges this treatment was motivated by her race and gender (Ms. Troncoso is a Mexican-American female).

"Deschutes County retained the services of an investigator to investigate Ms. Troncoso’s allegations with the aim of finding out the truth.

“What Ms. Troncoso alleges happened to her during her employment in my office is outrageous, despicable, and has no place in our society.  The moment her attorney notified me of these allegations I set out to find out if they are true.  When the investigation is completed, if the investigator finds one or more of the allegations to be true, I will do everything in my power to right the wrong and to ensure it never happens again.

"I value diversity in the workplace.  Women and people of color are encouraged to work for me.  Every person in my office should have to focus on one thing when they walk through our front door: how can I make our community as safe as possible.  If instead, they have to fend off hateful and hurtful interactions with colleagues, I have failed them.

"I was shocked when these allegations were brought to my attention because I have known my colleagues to be dedicated, ethical, and open people.  I’ve never see the type of conduct alleged by Ms. Troncoso, and would be surprised, disappointed, and angry if it turns out to be true.  Regardless, the facts will be determined and the response will be proportional to the facts.

"I wish Ms. Troncoso the best in her future employment.  I hired her because I knew she would be a voice for justice – now her voice will serve another community and I’m confident they will be well-served,” Hummel concluded.

“The thing I’ve been focused on lately is, how can we tell victims to speak out about what’s happening to them or what’s happened to them and not do the same ourselves?” Troncoso said.

Below is a link to Friday's tort claim notice; please be aware it includes graphic language: 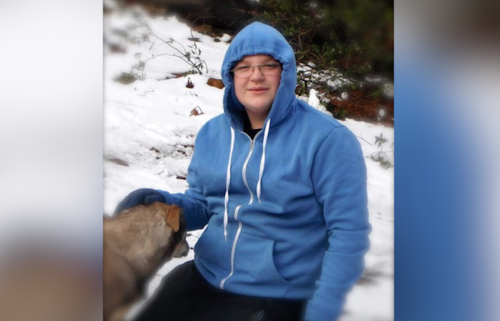 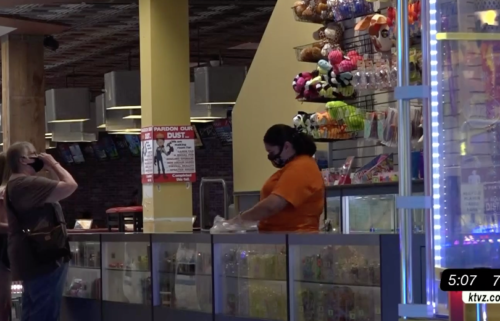