'Without going into bankruptcy, there is no way to get a service animal for Jaeden'

REDMOND, Ore., (KTVZ) -- Getting a service animal for those with a medical disability can be difficult, and the lack of resources is causing the Redmond parents of a 5-year-old boy to exhaust all of their finances.

Jaeden Thomas loves dinosaurs and playing in his backyard. He was diagnosed around age 3 with autism and ADHD, as well as neurological issues that cause seizures.

Over the years, Jaeden has seen a multitude of behavioral specialists and speech therapists, but he still struggles with his cognitive development and person to person interactions.

The boy father, Randy Thomas said Wednesday, "In the last four months, we have an estimate, I'd say a dozen doctor's visits and five procedures. Quite honestly, it's crippling."

Jaeden is the youngest child of Randy and Ola Thomas. Because Jaeden is autistic, yet full of energy and still going through many developmental changes, they want to get him a service dog.

Ola, Jaeden's mother, said a service animal is different than an emotional support animal. She said the dog would be trained to recognize certain cries from Jaeden, as well as be able to take the pressure or roughness of a little boy and prevent him from bolting or running which can lead to him harming himself.

Randy Thomas said he quickly realized resources for people with medical disabilities were far and few in between. He said the search for a service animal for Jaeden has become a very costly rabbit hole.

"Without going into bankruptcy, there is no way to get a service animal for Jaeden -- there is just no way," he said.

Thomas said they've researched organizations, and have looked into the Central Oregon Disability Support Network resources. They applied for the Rising Stars Fund and was awarded $400 to help offset the cost of getting a service animal.

Dianna Hansen, executive director of CODSN, said a service animal can cost anywhere between $15,000 and $30,000.

The difference in price of service animals is dependent on the customized training the animal will undergo, as many service animals are trained to support more than one need.

Hansen said it's very rare that service animals are covered by insurance providers. and Medicaid does not cover them, especially now, amid budget cuts.

The Thomas family has started a GoFundMe page to outsource funds to get Jaeden a service dog. It's called Jaeden's Dream and Protector.

The Thomases said they want their son to grow up as a happy, well-adjusted boy.

"That would be my goal," Randy Thomas said. "For him to grow up and play sports, and not be in special classes his whole life. Is a service animal the end all be all? No, its going to take a lot of work from me and mom. But ultimately, I think it would be a huge, soothing friend -- and 'keep him out of trouble' tool." 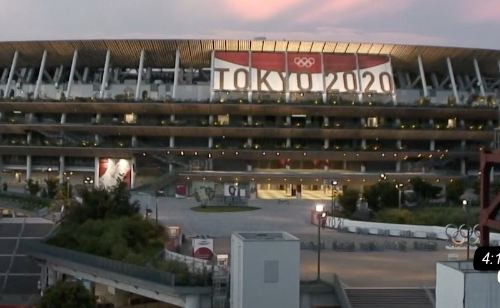