BEND, Ore. (KTVZ) -- Several women who formerly worked for the Deschutes County Sheriff's Office spoke out Monday about what they called a history of gender discrimination, harassment and abuse -- claims refuted by Sheriff Shane Nelson, now up for re-election.

Nearly 30 women gathered in the commons near Mirror Pond to stand in solidarity.

They said they experienced incidents of hazing, promotional and hiring discrimination, abusive language and retaliation while working at the sheriff's office. And they said it's time the community is told what's going on.

In a media advisory about the news conference, organizers of the "Deschutes Women Speak Out" group said:

"Allegations include incidents of hazing, promotional and hiring discrimination, abusive language, and retaliation. Women coming forward will share examples of a historical pattern wherein Sheriff's Office employees, under the leadership of Shane Nelson, failed to recruit, hire, train, and promote female employees, and how he fostered a work environment of fear and intimidation by engaging in abusive behavior themselves, as well as by failing to condemn acts of gender discrimination by other male employees.

"While some of the women have previously filed reports against the Sheriff’s Office, none have spoken about any of the incidents publicly until now for fear of retaliation. With the support of prominent female community leaders, including Mayor Sally Russell and Reverend Morgan Schmidt, they have agreed to share their experiences as part of a collective effort to demand accountability at the Deschutes County Sheriff’s office."

Rabbi Johanna Hershenson of the Central Conference of American Rabbis said, "I think there is fear of retaliation and exhaustion from hitting brick walls and being dismissed."

"This is an election season, everyone is attentive," she added. "We're in pandemic modes, and we're watching lots more TV. This is one of those areas, we have to get it right."

Bend Mayor Sally Russell and City Councilor Genna Goodman-Campbell also were at the event to voice support, saying inequality and discrimination of any kind should not be tolerated.

Voting is well underway in a hard-fought race between Sheriff Shane Nelson and challenger Scott Schaier. In fact, the county clerk said nearly 50% of mail ballots already had been returned by Monday.

"This morning, the Sheriff’s Office started receiving questions about a press conference held this morning by Deschutes Women Speak Out, concerning claims of harassment and gender discrimination brought by previous employees of this Office at that press conference.

"The Sheriff’s Office takes every complaint by current or former employees seriously. This is evidenced by the long-standing Sheriff’s Office practice to inform our partners in County Human Resources and County Legal of such complaints and conduct an investigation.

"In fact, the Sheriff’s Office has employed outside investigators to conduct these investigations.  We have always done that when there have been any complaints of harassment or discrimination. Crystal makes a good point to not say “always,” how about “this has been the historical practice of how this office has investigated these complaints?"

Sheriff Nelson said, “I am disappointed that Mayor Russell and Gena-Goodman Campbell did not reach out to me to discuss their concerns and learn Sheriff’s Office procedure on taking complaints before taking a stance on an issue.”

Since taking office, Sheriff Nelson has increased the numbers of female patrol deputies by approximately 20%.

Nelson added: “The timing is interesting, as this announcement appears to be election and debate related. I find this not to be coincidental.”

“People not in line with the Sheriff’s Office mission and values will not work here, that is not what our taxpayers deserve. In addition, I have been informed this press conference was organized by We Win Strategies, the same company currently being used by my opponent.”

A number of these claims involve two pending lawsuits. Claims by this group have been investigated by outside investigators and have been unsubstantiated.

This office has not received a report of hazing of a female employee.  The former employee cited by the group as a victim of hazing worked for the Sheriff’s Office over ten years ago for a previous administration.

Since taking office, Sheriff Nelson has followed a stance of holding employees, regardless of gender, accountable for their conduct. Not everyone likes to be held accountable for his or her actions. 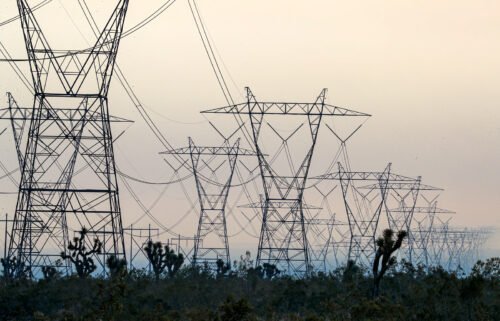