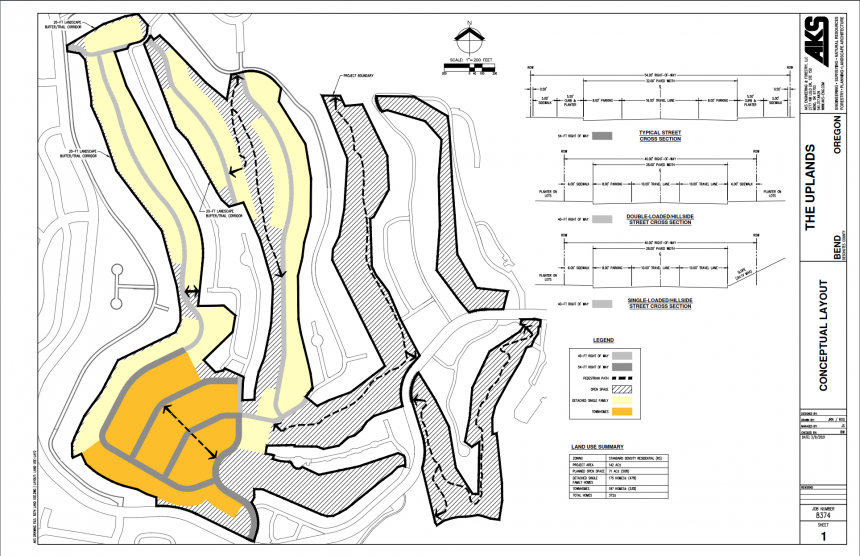 BEND, Ore. (KTVZ) -- One half of River’s Edge Golf Course could soon go from holes to houses.

Ryan Myers moved to Rivers Edge in Bend three years ago, so the sport he loved could be right in his front yard.

"We moved here for this reason, and now they're going to change it,” Myers said Monday.

An initial proposal to add 372 homes on 50 percent of River's Edge property has been submitted and reviewed by the city of Bend.

The project has not been approved and is still in the early stages, but it appears the new houses would be built where the back nine of the course currently sits.

"It's difficult to think you buy a home in a golf community -- and then they get rid of half the golf course,” Myers said. “It just doesn't make a whole lot of sense to me."

When reaching out to Rivers Edge the golf course manager did not want to talk and the owners did not comment.

Pahlisch Homes representatives told NewsChannel 21 they could talk next week, and in the meantime provided this statement:

"Thank you for your interest in the future of the River’s Edge property. Pahlisch Homes had been anticipating announcing the project within the week but was holding back to notify additional key stakeholders directly in the coming days. We are excited to share more details through a press release, video, and website, which will be launched tomorrow. Our top priorities for this possible project are providing much needed missing middle housing in Bend, enhancing trail connectivity and open space accessibility on Awbrey Butte, and returning as much water as possible to the Deschutes River. Community engagement will be a focal point of planning for the future of River’s Edge, and we look forward to ensuring that this property remains a community asset for decades to come."

If indeed, as the plans indicate, the golf course is scaled back to nine holes, Myers thinks the wrong move is being made.

"Personally I don't see any positives,” Myers said. "I mean, if they don't want to maintain the golf course any more, sell it. Sell it to somebody that might want to."

Under the current plans, Myers' view of the front nine would stay the same.

But if the back nine goes away, his clubs might leave as well.

"I'd probably end up playing somewhere else," Myers said.