Both actors will also lead or participate in a variety of public and private events that focus on indigenous art and filmmaking. Events include special free screenings of FX Networks’ hit show Reservation Dogs with post-film discussions, a comedy sketch by Tatanka Means, an Indigenous Filmmaking Showcase in Madras, and a student workshop for Warm Springs K-8 school led by Farmer and Means.

Todd Looby, BendFilm Executive Director, said, “Not only are Gary Farmer and Tatanka Means incredible actors in their own right, they both shine off screen through music, comedy, activism and other creative collaborations. We are honored to host them in Bend, Madras and Warm Springs and look forward to celebrating their careers during the Festival. This program has received a lot of support from funders and it is really great to see our indigenous programs expand and better serve the greater Central Oregon region.”

Tickets for Reservation Dogs episodes and Indigenous Filmmaking Showcase set to screen during the 2022 BendFilm Festival are now live at BendFilm.org.

Gary Farmer is an actor and musician, born on the Six Nations along the Grand River, Ohsweken, Ontario. He is widely recognized as a pioneer in the development of Indigenous media in Canada and was the founding director of an urban Indian radio network, Aboriginal Voices Radio Network. Gary has been nominated for three Independent Spirit Awards for Best Supporting Male in the films Powwow Highway, Dead Man, and Smoke Signals. Recent credits include series regular on Resident Alien and Reservation Dogs. Gary’s blues band, Gary Farmer and the Troublemakers, will release their sixth album this fall.

Tatanka Means is an award-winning actor, motivational speaker and stand-up comedian from Chinle, Arizona. He represents the Navajo, Lakota, Dakota and Omaha Nations. His most recent film is Killers of The Flower Moon, directed by the legendary Martin Scorsese and is set to be released in the fall of 2022. He can also be seen in the new season of Reservation Dogs and in the upcoming movie, Horizon, by Kevin Costner. Tatanka performs stand-up comedy throughout Indian Country spreading laughter and messages of inspiration to all ages. Tatanka was recently named “Entertainer of The Year” by the National Indian Gaming Association. Tatanka is proud to be an alcohol and drug-free sober performer. He also won Outstanding Actor in a Leading Role in Once Upon a River, which won Best Directing at the 2019 BendFilm Festival.

BendFilm hosts an annual independent film festival, year-round film exhibitions and programs, and is the proud owner of the Tin Pan Theater – a boutique arthouse cinema located in downtown Bend’s Tin Pan Alley. The organization is designed to support and nourish filmmakers and enrich the cultural life of Central Oregon while also providing an economic benefit to the region. Celebrating its 19th year, BendFilm is proud to bring diverse voices and visions to the Bend community. The BendFilm Festival runs every October in Bend, Oregon. Make plans to join us October 6-23, 2022 for in-person and virtual cinema plus filmmaker workshops, panels and more. Bend is a mecca for outdoor enthusiasts, foodies, beer lovers and stunning natural scenery. BendFilm is made possible by a dedicated crew of volunteers and generous donors, members and sponsors. For more information, call (541) 388-3378 or visit www.bendfilm.org. Connect with BendFilm on Instagram, Facebook, and Twitter. 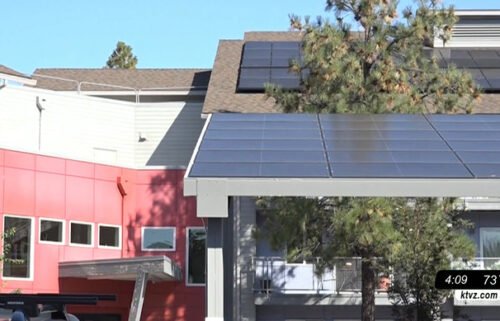