EUGENE, Ore. (KTVZ) -- The Bi-Mart executive team, on behalf of its employee-owners, and Walgreens announced Thursday they have entered into a definitive agreement in which Walgreens will acquire Bi-Mart’s pharmacy business, which includes pharmacy patient prescription files and related pharmacy inventory of 56 Bi-Mart pharmacies located across Oregon, Idaho and Washington.

Bi-Mart’s retail stores will remain open to serve its members across the Pacific Northwest, the company said in a news release, which continues below:

Prescription files from most Bi-Mart pharmacies will transfer to nearby Walgreens pharmacy locations. In select areas where Walgreens does not have nearby stores, Walgreens will operate pharmacies within existing Bi-Mart locations under the Walgreens brand, primarily located in rural areas in Oregon.

Previously, Bi-Mart closed pharmacies in the Portland metro area and in several other markets and transitioned prescription files to Walgreens.

“This decision, while difficult, is strategically important as we move to strengthen our solid financial position and expand our plans for future growth in the Northwest,” said Rich Truett, president and CEO of Bi-Mart. “Bi-Mart’s core business is healthy and strong, however over the years factors such as increasing costs and ongoing reimbursement pressure has led in part to our decision. We look forward to partnering with Walgreens to transition our pharmacy staff and members as seamless as possible.”

“Walgreens is pleased to introduce more patients to our trusted pharmacy services, that we currently provide in over 9,000 locations in communities across the country including more than 70 across Oregon,” said Rob Ewing, regional vice president of Walgreens. “We look forward to welcoming Bi-Mart patients to Walgreens pharmacy services, as well as providing employment opportunities to Bi-Mart pharmacy associates in available positions throughout our stores, where they can continue to meet the needs of their patients.”

Subject to customary closing conditions, the companies expect the prescription file transfers to begin in October and be complete by January 2022.  Bi-Mart pharmacists and pharmacy staff will have an opportunity to apply for available positions at Walgreens.

Bi-Mart to Invest in the Future, Build on the Past

Bi-Mart recently launched a new website, www.bimart.com, that offers a search-able database of merchandise allowing members to Buy Online and Pick Up In-store.  Additional enhancements are planned for the future to allow members to purchase from across Bi-Mart and Cascade Farm & Outdoor to be picked up with their local Bi-Mart store. 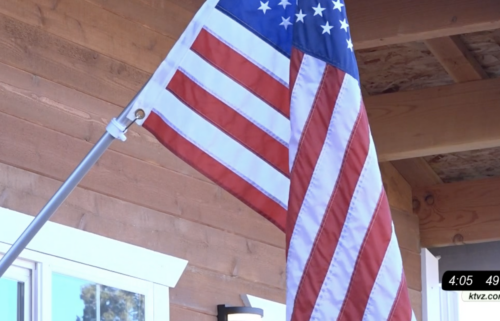