It's called Eurasian watermilfoil, and can cause all sorts of trouble

CULVER, Ore (KTVZ) -- Some boat launches in Lake Billy Chinook have an unwanted visitor. But its days are numbered, if Michael Crumrine has his way.

"We are working to control a plant from Europe and Asia,” Crumrine, an invasive plant manager with the Deschutes National Forest, said Tuesday. “It's called Eurasian watermilfoil."

Crumrine is tasked with the project to clean it up, which has been in the works for several years. The cleanup started late last month.

The Eurasian watermilfoil is a problem because the invasive species can block water's movement and even change its temperature.

It’s also of concern to boaters and swimmers.

"It can literally entangle in swimmers’ legs and arms and can prohibit some watercraft from moving through it,” Crumrine said. “It has the potential to just choke things out."

Crumrine said the watermilfoil is widespread throughout Western Oregon and the Columbia River, but it's rare in our area, and so far has only been detected at Lake Billy Chinook.

Bits of the plant travel on the bottoms of boats, trailers and other water equipment.

Crumrine said the best practice to slow the spread of the plant is to simply clean anything that goes in the water.

"Drain out bilges and things,” He said. “Any sort of container that might keep a little bit of water in it, that might have some floating plants it. Dry those out before you go anyplace else. Containment is really the goal."

Crews will be out again this week to continue the cleanup, and Crumrine said this probably won't be the last such cleanup project. 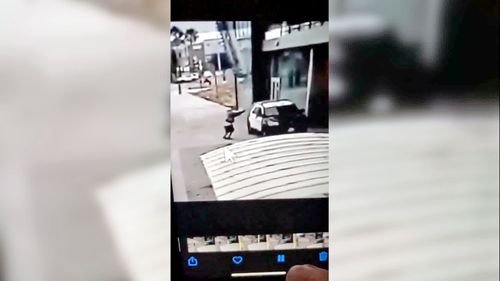