BEND, Ore. (KTVZ) -- Three Central Oregon businesses that were fined large sums for violating Covid-19 restrictions such as mask requirements last spring are appealing the penalties and in some cases taking their battle to court.

Kevista Coffee in Bend, Black Bear Diner in Bend and Redmond, and Cork Cellars Wine and Bistro in Sisters were all fined thousands of dollars. All are appealing the Oregon OSHA penalties

Their attorney, Kevin Mannix, argues that when the city of Bend issued an emergency order, it failed to get the required approval from Deschutes County.

Kevista Coffee is facing over $100,000 in state OSHA and local fines - but its attorney says it's not about the money, rather the legality of it.

"If the City of Bend wanted to, they could have passed their own ordinance about masks," Mannix told NewsChannel 21 on Friday. "Then they would have had to have public hearings, listen to the public and have a vote of the City Council, where the public participates in the process."

"They have not done that. They didn't do that -- and instead, they simply adopted an order saying that they're going to fine businesses that don't comply with their mask restrictions." Mannix added.

Mannix said he represents 41 businesses around the state facing the same issue.

Mannix says he expects the circuit court review to take a few months. 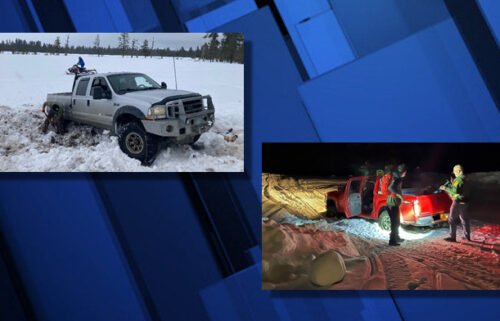