MADRAS, Ore. (KTVZ) – A retired Oregon Supreme Court justice has rejected a request by 33 Oregon State Police troopers for a temporary restraining order in their lawsuit seeking to block Oregon’s COVID-19 vaccine mandate and its associated deadline of Oct. 18, which could be followed by dismissals.

Thursday’s opinion came the day after a virtual court hearing was held by retired Justice Jack Landau to hear arguments in the lawsuit filed a month ago in Jefferson County Circuit Court by Portland attorney Dan Thenell on behalf of the troopers and the Fraternal Order of Police, claiming the mandate violates personal rights and freedoms and was not authorized by the state Legislature.

Landau said in his 11-page opinion that based on case law, “the police power of the state includes the authority to enact public health laws that may have the effect of curtailing individual rights.” Landau also said Gov. Kate Brown acted within her legislatively granted authority in issuing the vaccine mandate.

At least eight lawsuits have been filed to challenge the vaccine mandates, The Oregonian/OregonLive reported. Thursday’s ruling is the second denying plaintiffs a request to temporarily halt the mandates.

On Tuesday, the Oregon Court of Appeals ruled that arguments made by a group of 25 health care workers, firefighters and paramedics who are opposed to vaccination have “little to no likelihood of success” if hashed out in further court proceedings, the newspaper said.

In the Jefferson County case, Landau said the plaintiffs had not met any of the requirements for obtaining a temporary restraining order, including any “likelihood of success on the merits under any of the legal theories,” or that a failure to act now “is necessary to avoid irreparable harm.”

Along with not knowing how many unvaccinated workers will remain on Oct. 18, a number that has been shrinking by the day, Landau wrote, “the fact remains that any potential public harm from a reduction in Oregon State Police staffing must be weighed against the known risk of death, disease and disruption posted by an inadequate response to COVID-19. I conclude that the balance weighs heavily in favor of public health.” 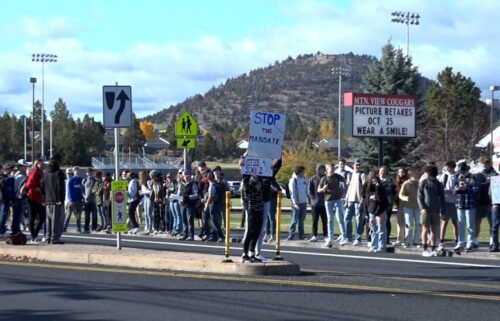 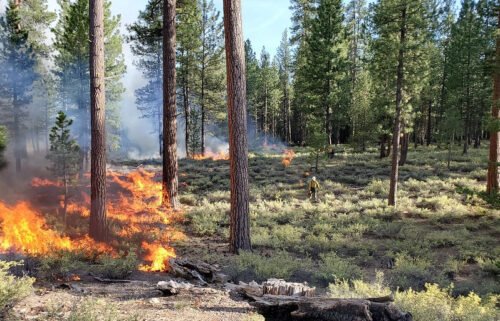