BEND, Ore. (KTVZ) -- For people in the court system, justice can come with a price. When it comes to being released from jail, the price of freedom -- the bail amount -- may not always seem to match the severity of the crime, in some observers' view.

Deschutes County District Attorney John Hummel weighed in during a recent interview with NewsChannel 21 on suspected violent offenders getting low bail amounts or being released without having to pay bail.

In March 2017, police searched for a suspect in a reported assault on a woman in southwest Redmond. Police identified the suspect as then-29-year-old Steven Arce.

The incident led to a lockout at nearby Obsidian Middle School, followed by the evacuation of all students to a nearby elementary school.

Arce was booked into the Deschutes County Jail on charges of second-degree assault, unlawful use of a weapon, first-degree menacing and coercion. Bail was set at $75,000.

That wasn’t Arce’s first run-in with the law. According to court records, Arce was arrested in September 2013 on charges of second-degree burglary and fourth-degree assault. The following December, he was charged with menacing and disorderly conduct.

Hummel says whether a person is released depends on three things: the type of crime they are charged with, whether they pose a danger to the public, and whether they can afford to pay bail.

“It’s a heavy burden for the state to meet, when we are arguing to the court, ‘Your honor, do not release this person pre-trial, they are a danger.’ Ee need to present evidence of that it cannot just be our gut feel,” he said.

“Maybe, ‘Here are text messages, phone calls, here are witnesses who say they’ve heard this person make threats, they’ve seen this person act violently toward another person.’ So we need to put forward tangible evidence in front of the court.”

Hummel said one example where the court ordered a person not be released pre-trial or be allowed to post bail is in the case of 53-year-old James Lamb, a man from Eugene who was charged with attempted murder, assault, and two counts of bias crime.

He was also charged with burglary, strangulation, menacing, and criminal mischief after he allegedly broke into a Redmond motel office on New Year’s Eve and attacked the business owner, a 70-year-old Indian immigrant.

The victim went to the hospital with injuries to her throat, a broken shoulder, and a black eye, according to her husband.

“The state argued that the suspect should not be released pre-trial because of what he had said to the victim at the time of the crime and because of the serious nature of the allegations,” Hummel said. “And the court granted the state’s request not to set bail in that case, and instead issued a ruling that the suspect would not be released pre-trial.”

In the Oregon bail process, an arrested suspect is allowed to pay bail and be released from jail before they are brought in front of a judge.

“In Oregon, the law is for murder, people are not let out of jail if the evidence is strong,” Hummel said. “They’re not let out on security for a violent felony.”

The court has a “security release schedule,” a list of initial bail amounts suspects have to pay at the jail for every crime. That can be revised later, when the defendant appears before a judge.

Last September, Christopher Magno was charged with 20 counts of encouraging child sexual abuse and one count of luring a minor. He was placed on house arrest with a GPS monitor as he awaits trial.

Meanwhile, Bryan Lindley faced a felony coercion charge and misdemeanor charges of fourth-degree assault, two counts of strangulation and menacing. He posted 10 percent of $7,000 bail and was released.

Less than a week after his release, Lindley allegedly set fire to a motor home he owned with his estranged wife. Bend police said a restraining order had been filed against Lindley, so he faces new charges of arson in the first degree and violation of a restraining order.

I asked Hummel what goes into deciding which offenders are placed on house arrest with GPS monitors. For example, wouldn’t Lindley be considered more dangerous than the Magno?

Hummel said it depends on the number of victims and the potential penalty the offender faces. He said there was only one alleged victim in the Lindley case, whereas there were many victims in the Magno case.

“In every case, the court can order electronic monitoring as a condition of release, regardless of whether the prosecution asks for it,” Hummel said. “If we asked for it in every case, the court would disregard our recommendations, because they would view us 'crying wolf,' as opposed to making an independent assessment of each case.”

“We see a gap -- if someone’s presumed innocent, so you don’t want to punish them prior to their trial. But if you release them, they could commit a crime or not show up in court,” Hummel said. “Well, what do we do? Do we hold innocent people? Do we release them? We came up with a third way. You can release the person, but under heightened supervision.”

In May, if all goes as planned, Deschutes County will launch a new program, with the help of a grant from the Oregon Criminal Justice Commission.

The program will allow the county to revamp the pre-trial release of defendants in non-violent crimes, such as drug and property crimes.

The program includes one deputy district attorney to review each inmate, to determine if they are a good candidate for pre-trial release. If the court decides to release a suspect, the suspect will then be supervised by a dedicated pre-trial release deputy sheriff.

The goal of the program, according to Hummel, is to ensure people convicted of drug and property crimes show up for court and drug treatments.

“If we can release them under intense supervision, they will appear for court, and then they will engage in treatment,” Hummel said. “So that means they will also be able to maintain a relationship with their children and their spouse and their loved ones.”

Hummel added, “When their case is resolved, they’re more likely to not re-offend and be productive members of our community.”

If you believe you are a victim of a violent crime, you can find resources on the District Attorney’s Victims' Assistance website. 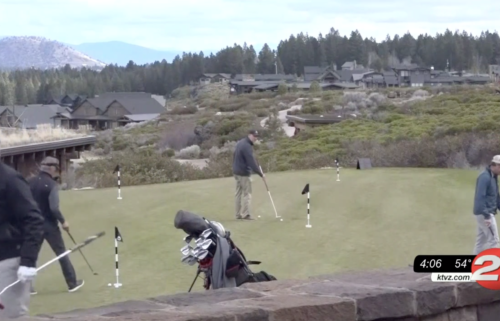 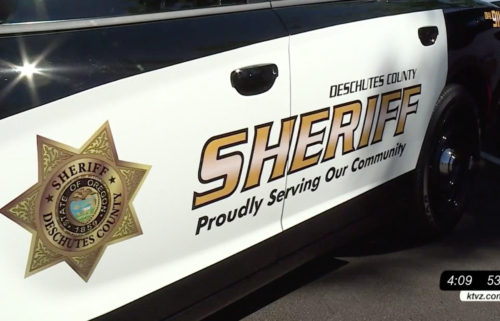 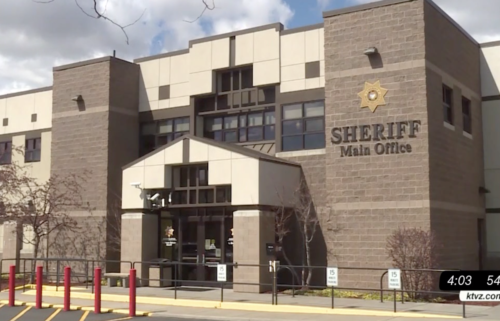