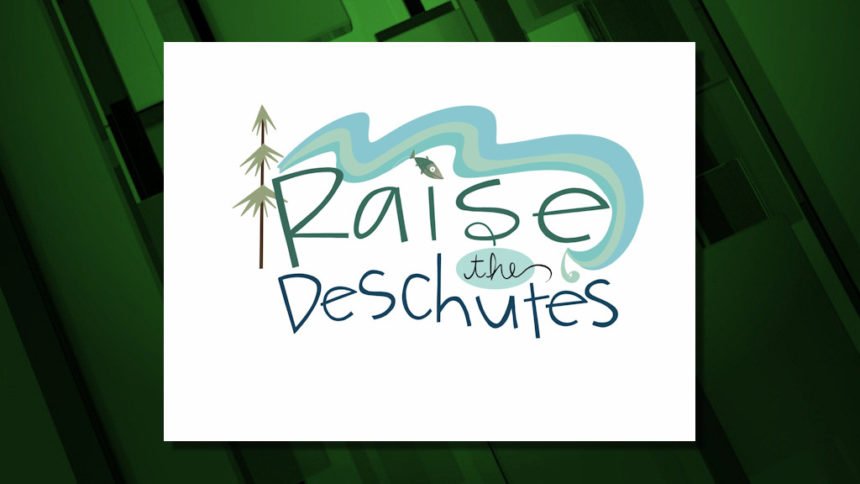 BEND, Ore. (KTVZ) -- A coalition of Central Oregon conservation-focused partners announced Monday they are launching a regional public awareness campaign to increase knowledge about the opportunities to improve the health of the Deschutes River.

“The Raise the Deschutes campaign aims to communicate how we, as a community, can come together to each do our part to manage our water wisely in the region,” said Deschutes River Conservancy Executive Director Ron Nelson. “We want to strategically ensure that the region will have enough water for years to come to meet the needs of recreation, fish, wildlife, farmers, cities, Tribes, and all who depend on the river.”

Surface water in the Upper Deschutes Basin has been almost fully allocated since the early 1900s, causing many stream reaches to suffer from high and low flows at different times of the year. The varying flows have resulted in in poor water quality, degraded habitat for fish and wildlife, fish mortality, and streambank erosion.

A 2016 Deschutes River Conservancy telephone survey of 600 residents in the Deschutes Basin highlighted that 88% of residents are unaware that local rivers and streams are declining.  While conditions are slowly improving, there are still serious concerns and debates going forth about how best to allocate and conserve the water, the partners said.

The Raise the Deschutes campaign is organized by a diverse group of partners, including the Coalition for the Deschutes, Deschutes River Conservancy, Deschutes Basin Board of Control (representing eight irrigation districts), Sierra Club – Bend Juniper Group, Upper Deschutes Watershed Council, Farmers Conservation Alliance, and Wahoo Films. The campaign is funded by individual organizations and a matching grant from the Oregon Community Foundation.

The campaign urges people to visit www.raisethedeschutes.org and learn about challenges and opportunities to help raise the Deschutes River through conservation efforts. The hashtag #RaiseTheDeschutes will be used on social media to spread the word about the campaign.

“In the drought-prone West, water is, and will continue to be liquid gold,” said the president of the Deschutes Basin Board of Control, Craig Horrell. “Whether we are farmers, recreational-enthusiasts or individual citizens, we are connected to the river and each other. Despite competing visions for the river, we all have an opportunity to be a part of the solution.”

“As we look to the future, it is our responsibility as community members to work together to support conservation efforts that will result in long-term change,” said Sierra Club – Bend Juniper Group President Mathieu Federspiel.

About Raise the Deschutes

Raise the Deschutes is a basin-wide educational campaign supported by Central Oregon partners. The goal is to increase community awareness and understanding of the challenges facing the Deschutes Basin and to garner support for restoring flows to the watershed. www.raisethedeschutes.org