ST. LOUIS COUNTY, MO (KMOV) — A St. Louis County employee, who sources say is the brother-in-law of Chief Mary Barton, is under investigation after broadcasting a racial slur over the radio to dozens of on-duty police officers Saturday.

A St. Louis County Police spokesperson said the employee was working as a dispatcher when he said the N-word while dispatching a call. He was immediately removed from the radio and relieved of his duties, police said.

It is unclear how long the worker has been with the department.

A spokesperson for the department added:

The use of such language has no place in our Department; therefore, it should not and will not be tolerated. Each member of our Department Family and every citizen we serve shall be treated with dignity and respect.

The investigation will be thorough, impartial, and overseen by the Deputy Chief of Police.

The department said that Barton has recused herself from the investigation.

The St. Louis County Police Association told News 4 they were appalled by the incident.

“We are aware of the racist language that was broadcast over the police radio last evening. We are appalled. There is no place in modern society for these racist epithets. Chief Barton needs to take swift action and terminate the employee from the police department. We have a history of speaking out in these situations and will continue to do so.”

Echoing their response, the Ethical Society of Police (ESOP) said they are “disgusted with the racist comments made by one of their dispatchers.”

The ESOP released the following statement:

“ESOP has been made aware of yet another racist incident which occurred at St. Louis County Police Department. We are disgusted with the racist comments made by one of their dispatchers. Swift and immediate action is an appropriate step, however more is needed. There have been several racist incidents to occur and will continue to occur until leadership is willing to make a true change.
As an organization, we have continuously asked Chief Barton and the Board of Police Commissioners to address the racism that thrives at St. Louis County. Our words have long been ignored and if the Teneo report wasn’t enough to move Chief Barton to action to address systemic racism, hopefully this serves as the evidence she needs to do something about it.”
William Dailey, attorney for ESOP, said the context is racism.

“That is one of the most evil, vile, dehumanizing words in the English language and to know that someone is on the dime and dollar of the taxpayers to utilize such language, it should outrage everyone,” Dailey said.

St. Louis County Executive Sam Page released a statement saying “I am appalled by the dispatcher’s language and the worldview it reflects. It merits unequivocally strong action.”

Page went on to say that the police board must ensure the right priorities are in place to bridge the racial divide within the department.

The St. Louis County Chapter of the NAACP also released a statement asking for the termination of the dispatcher:
“We are calling for the swift termination of the St. Louis County police dispatcher involved in hate speech activity while on duty. Administrative leave is not enough. We are tired of false promises of corrective action within the department. It’s time to do the right thing…

It has been brought to the attention of President Bowman (President of the St. Louis County NAACP) that this dispatcher, in addition to being a St. Louis County police department employee, is the brother – in – law of the department’s Chief, Mary Barton. Earlier in 2020, Chief Barton denied the existence of racism within the department, a statement that was later corrected, however, it is this tone and cognitive dissonance permeating throughout the department, that gives employees permission to use inappropriate language without fear of disciplinary action.” 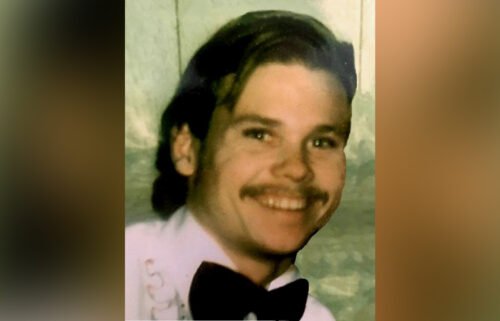