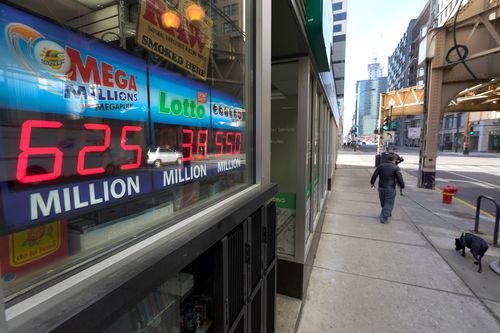 The Mega Millions jackpot has soared to $750 million — making it the second highest jackpot in the lottery game’s history.

No ticket matched all six numbers Tuesday night, meaning the next chance for a lucky winner to score the prize is Friday, the lottery said.

Meanwhile, the Powerball jackpot also has soared to $550 million, ahead of Wednesday night’s drawing.

The odds of winning the Mega Millions jackpot are 1 in 302,575,350 in the 45 states where it’s played, plus Washington and the US Virgin Islands, Mega Millions says on its website.

The highest amount won by a Mega Millions ticket was $1.537 billion in October 2018. This is the first time since then that the jackpot has been over $600 million.