TORONTO, Ontario (CTV News) — Canadian actor and icon Christopher Plummer, known for his timeless portrayal of Capt. Von Trapp in the “Sound of Music,” and recurring appearances at Stratford’s Shakespeare Festival, has died at age 91.

Plummer’s acting career spanned several decades and he collected accolades in film, television, and theatre – he also holds the record for being the oldest actor to win an Oscar at age 82 for the film “Beginners” in 2012.

“We’ve lost one of the giants,” said Montreal film critic Chris Bumbray on CTV News Channel Friday, who described Plummer as “probably the single-most popular actor to ever have emerged from Canada.”

“It’s hard to overemphasize the cultural impact that he’s had,” Bumbray said. “What’s remarkable about Christopher Plummer is, despite being in his nineties, was still very active.”

Bumbray said Plummer’s talent and professionalism was highlighted recently when he stepped into the 2017 movie “All the Money in the World,” which originally cast disgraced actor Kevin Spacey, and “reshot all of his scenes in like a week.”

“He was so good there was a lot of talk that he was going to be nominated for an Oscar,” Bumbray said of Plummer’s takeover of the role.

“I don’t think anybody but a real pro like Christopher Plummer could have pulled that one off.”

That sentiment was echoed by CTV’s host of “Pop Life” and film critic Richard Crouse on News Channel Friday.

“This is something that is almost unparalleled these days, and when you see a legend like Christopher Plummer pass, you can’t help but think he is a national treasure in every sense of the word.”

Crouse said Plummer was someone who was “always proud to be Canadian.”

“I interviewed him many times, and he was always so gracious and always so interesting to talk to,” Crouse said. “There was nothing off limits with him, if you were going to sit down and talk about a role with him…he would tell you exactly how he transformed.”

“He conquered everything,” Bumbray said. 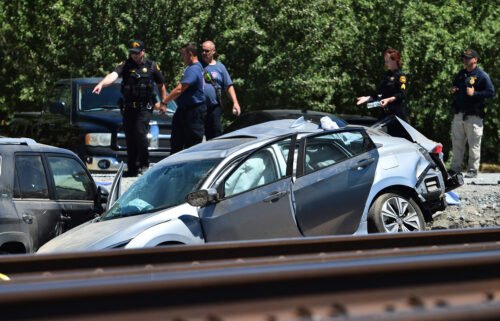