ROBBINSVILLE, North Carolina (WLOS) — Kyle Fink has loved wrestling since he was four years old. That’s when his mother told him they were going to a wrestling camp down the street from the house.

“I had no idea what I was doing,” laughed Fink. “I was just running around the mat with the other kids and not paying attention.”

But the seed was planted that day and in 2020 it blossomed into a 1A state championship in the 195lb weight class. “As I went, I just kept wanting to do more and more and get better and better,” he explained. “It’s almost like an addiction. The more wins you get, the more you want.”

He had a good mentor in his step-father, Robbinsville head wrestling coach Todd Odom. “For us, wrestling – it’s what you do,” said Odom. “You have an option to or not; I don’t know if you do at my house.”

During Fink’s state title season he had a teammate pushing him unlike any other in his young career: his twin sister, Aynsley.

“I’ve always been around it, been in the rooms, been in the gyms,” she explained. “So, last year I just decided to get into it and give it a try and it’s turned out pretty good for me.”

Pretty good is an understatement. In her first year she made it to the finals of the North Carolina Women’s Invitational. This year she is 18-0. Although many have come by forfeits, she has pinned every single opponent that has stepped on the mat with her.

“It was an adjustment period having someone in the room doing just as good as me,” joked her brother.

Aynsley has a life full of learning to hearken back on. As a kid she was constantly at practices and meets where her brother or step-father were competing.

“She’s had twenty big brothers every year growing up, and big brothers pick on little sisters and you’ve got to be tough,” cracked Odom.

This is one of the only opportunities for a brother and sister to compete on the same team at the high school level. Every other sport has girls and boys division, so while you represent the same school you are not actually teammates.

“It’s definitely weird because we’ve never been on the same team in any kind of sport before,” mused Kyle.

That hasn’t manifested into a sibling rivalry, though. Instead the twins pull for each other.

“He’s very supportive. He always tells me good job after my matches. I appreciate that,” said Aynsley. “I like to see him win matches, it makes me excited. Makes me cry sometimes. I like to be happy for him.”

Odom is relishing these last few opportunities to watch both of his stepchildren wrestle. The twins are juniors, but both could be in the mix for state titles in a couple weeks.

“They put in the work,” Odom praised. “I just get to sit in the corner and enjoy the show.”

Both Finks won their weight class titles at the Smoky Mountain Conference Championship on Thursday. Next week they head to the regional round. 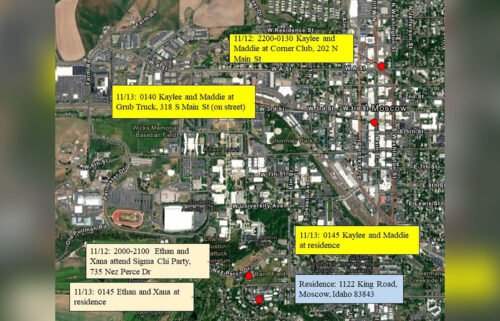 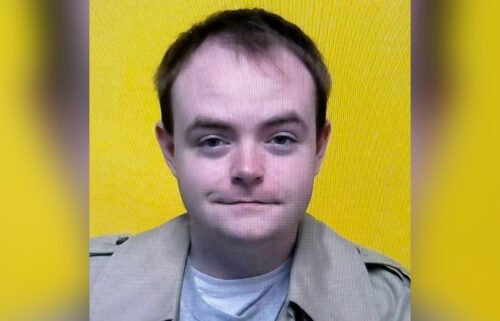