The roar of a fighter jet engine forces Andriy into silence.

As he waits for the aircraft to take off, the Ukrainian fighter pilot’s flight mask covers half his face, hiding his identity, but his squinting eyes still reveal a jovial smile. “Yes, that’s ours,” he says.

Nowhere in the military match-up between Russia and Ukraine are the scales more tilted than in the air, where Moscow has more advanced aircraft and in much larger numbers. But nearly four weeks into the war, the Ukrainian Air Force is still flying and roaring, like the jet that delayed Andriy’s interview with CNN.

And Andriy says conditions have been shifting in favor of him and his cohorts.

“Many Russian pilots refuse to fight, because we are shooting them down,” he claims.

Andriy agreed to speak to us under the condition that his full identity, rank and location — information that could help the Russian military target him — are not revealed. He flies Russian-made Su-27 jets.

“I provide back up and cover for the aviation that is working at covering the ground. I focus on destroying missiles and enemy aviation, like air to air,” he explained. “I can’t tell you how many, but I’ve shot down Russian jets.”

So far, he and his fellow airmen have been able to hold off Russia’s apparent superiority with careful planning and cunning tactics. Andriy doesn’t go into detail about what those strategies entail, but says they involve close coordination with other Ukrainian forces, and taking some extreme risks.

“Russian pilots fly more modern jets and they are capable of firing missiles at much further distances,” he said. “For example, in order for us to deter missiles that are fired at 80 kilometers distance, we have to approach them at 40 kilometers. If they’ve already fired a missile at us, we somehow have to have it intercepted along the way.”

And some of the moves they are employing on the battlefield are the result of training with the United States and other NATO allies.

“A few years ago, we had exercise ‘Clear Sky’ here in Ukraine and we flew alongside F-15 and F-16 jets,” Andriy recalled. “At the time we have developed certain tactics to deter fighter jets and I can tell you that some of those tactics really work.”

The strategy is one part of the secret; the other is the pilots who are putting into practice.

“I wouldn’t say their pilots’ level of training is very high,” Andriy said. “Since our foreign partners started to send us air defense equipment of different types, such as midrange and close range, we’ve became more confident in the air.”

“Many Russian pilots now refuse to be deployed because they are scared,” he adds.

The battle for Ukrainian skies

The skies above Ukraine remain up for grabs, nearly a month after Russian jets first flew into Ukrainian airspace.

As of Tuesday, Ukrainian armed forces claimed to have shot down more than 100 Russian jets and 123 helicopters, according to the Ukrainian Defense Ministry. CNN cannot independently verify those numbers. However, despite Russia not having released official data on the number of aircraft it has lost during the invasion — it has also not updated the number of casualties it has suffered since March 2 — the United States and other NATO allies have said that Moscow is losing equipment of all kinds, including planes.

“The airspace is contested, and it’s contested because the Ukrainians are making it that way,” he said. “They’re being very smart about how they’re marshaling and using their air defense resources.”

The Ukrainian military says the reason it’s been able to fight back is because it was preparing for the possibility of a Russian invasion long before Russian soldiers started their march on Kyiv.

“We have been preparing for this scenario for eight years,” said the spokesman for the Ukrainian Air Force, Lt. Col. Yuriy Ignat, adding that preparations began when Moscow occupied and then annexed Crimea in spring 2014. “These eight years we have been learning how to beat the enemy with the weapons that we have. And they understand it.”

“It’s why now they’re switching to terror from the air,” he added, accusing Russia of targeting civilian infrastructure. “They drop bombs of 500 to 1,000 kilograms, they hit entire residential areas with children, women, hospitals. It looks like military terrorism and a crime against humanity.”

Ignat says Ukraine is “grateful” to the United States and other NATO allies for the weapons they’ve been sending, but says his country needs more and better weapons.

“Russia is fighting with modern weapons — missiles, hypersonic missiles. Therefore, we need Western weapons that are technologically as good as Russian ones. I am talking about NATO Integrated Air Defense System, F-15 Eagle or F-16 Fighting Falcon. They may be not used or decommissioned — but they could serve the Ukrainian army,” he said.

“With these weapons, we could confront the enemy on our own, we could close the sky.”

The US has declined to transfer Soviet-era Mig-29 fighter jets — which Ukraine already flies and Poland put at the Americans’ disposition — to Ukraine. It’s unlikely Washington would support supplying F-15 and F-16 jets, which would require Ukrainian pilots to undergo further training.

“In order for us to win, we need more than close-range systems, such as Stingers,” he said, referring to shoulder-fired anti-aircraft missiles.

“Their tactics are constantly changing and now, most of the time, they are flying at the height of 50,000 feet,” he said. “Our Stingers are not able to reach them.”

Ready to die for Ukraine

While they wait for additional NATO equipment, Ignat said, Ukrainian pilots are bringing something extra to the battlefield.

“Fighting spirit and heroism should not be ruled out,” he said. “The Russians don’t have that.”

Yet, despite their perhaps surprising success, Kyiv’s pilots continue to be the underdogs in the battle for Ukrainian skies.

“Sometimes two of our pilots fight against 10 planes,” Ignat said. “They take off with a one-way ticket, they understand that perhaps they are going to die.”

Their precarious existence is not lost on Andriy. He’s away from his family — members of which are also involved in Ukraine’s war effort, he says — and he acknowledges that his job comes with a heavy psychological strain.

“Of course, I want this war to end soonest, but we will fight, our morale is strong. This is our land, and we will not let our opponent take part of it or destroy it,” he said.

“We will fight till the end,” he added. “Every person is afraid of being killed, the difference is whether one dies with dignity or without it.” 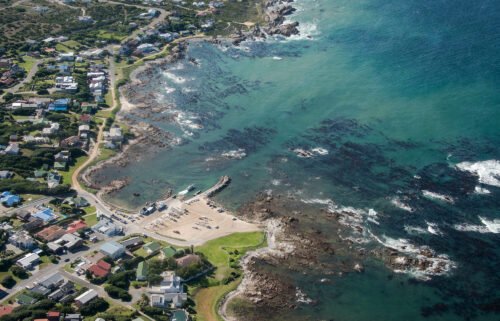 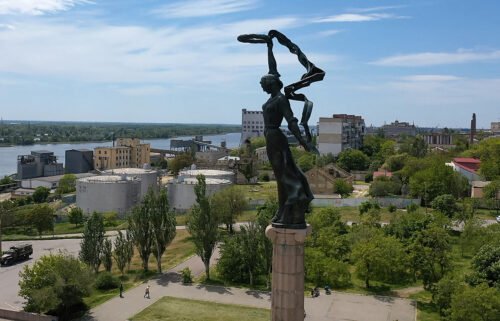 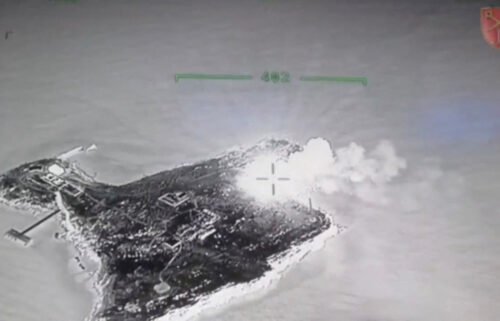