Has now been in record-low territory for over 3 years

The October unemployment rate was 4.0 percent, as revised from the originally reported figure of 4.1 percent.

Meanwhile, total nonfarm payroll employment shot up by 6,300 jobs in November, following an upwardly revised gain of 6,500 jobs in October. October was revised upward by 2,100 jobs.

The tight labor market, and perhaps the unusually mild and dry weather in November, seem to have influenced seasonal trends in the major industries, officials said/ Industries that normally shed a lot of workers during the autumn months didn’t cut back as much as normal.

On the flip side, the tight labor market may have inhibited certain industries from hiring as many workers as normal in November. Government and retail trade both normally add a substantial number of jobs in November, but each industry hired a few hundred jobs fewer than normal for the month.

Oregon’s over-the-year job growth of 1.6 percent closely matched the U.S. job growth of 1.5 percent. Most of Oregon’s major industries have expanded by about 2 percent since November 2018. The primary exception of an industry growing faster was education and health services, which grew by 9,900 jobs, or 3.3 percent. Conversely, the only major industry that contracted substantially over the past 12 months was retail trade, which cut 1,800 jobs, or -0.9 percent.

The Oregon Employment Department plans to release the November county and metropolitan area unemployment rates on Tuesday, December 24th, and the next statewide unemployment rate and employment survey data for December on Wednesday, January 22nd.

All numbers in the above narrative are seasonally adjusted.

The PDF version of the news release, including tables and graphs, can be found at www.QualityInfo.org/press-release. To obtain the data in other formats such as in Excel, visit www.QualityInfo.org, then within the top banner, select Economic Data, then choose LAUS or CES. To request the press release as a Word document, contact the person shown at the top of this press release.

For help finding jobs and training resources, visit one of the state's WorkSource Oregon centers or go to: www.WorkSourceOregon.org.

Equal Opportunity program — auxiliary aids and services available upon request to individuals with disabilities. Contact: (503) 947-1794. For people who are deaf or hard of hearing, call 711 Telecommunications Relay Services. 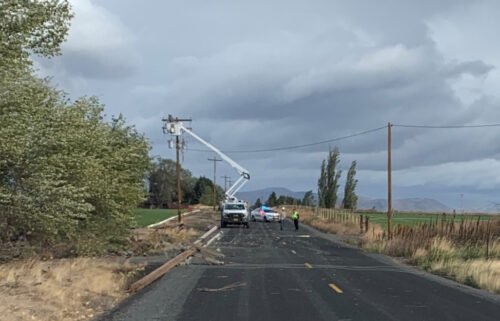