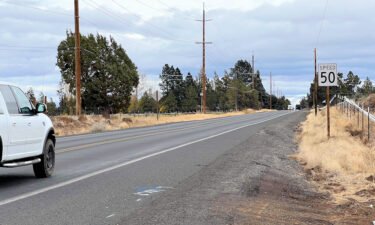 Bend Senior High's graduation rate rose to just over 91 percent,  the highest in the school's history.

La Pine High School's graduation rate for the number of students who graduated in four years fell from about 77 to 70 percent, but the five year  graduation rate rose from 70 percent to 81 percent in just one year.

Crook County High's graduation rate rose by 2 percentage points, to 94 percent for the Class of 2019. It's the highest figure in the school's history.

"I think part of the reason that we really saw the growth is this the first year we focused on the freshmen," Jonas said. "We started working with these students, tracking them and mentoring them because as we know, one of the stronger indicators of whether someone is going to graduate high school is how they're doing by the end of their freshman year."

SALEM, Ore. (KTVZ) -- The statewide graduation rate for the class of 2018-19 was 80 percent, up 1.3 percentage points over the previous year and the highest graduation rate ever recorded in Oregon, according to data released Thursday by the Oregon Department of Education.

Also, the gap in high school graduation rates between historically underserved student groups and the state average is smaller than in previous years.

Oregon’s graduation rate has been considered an embarrassment for many years, with it typically ranking in the very bottom tier of states, The Associated Press noted.

“This year’s graduation rate increase means nearly 600 additional students earned a diploma,” ODE Director Colt Gill said. “We are seeing even faster growth for students of color, students with disabilities and students navigating poverty than the state as a whole. Student Success Act funding will build on this promising foundation to foster equity and excellence for all Oregon students.”

The table below shows how some student groups fared since the 2010-2011 cohort graduated in 2014:

“Every student in Oregon deserves to graduate prepared for lifelong success and with a plan for their future,” said Gov. Kate Brown. “Working together over the last five years, through a commitment to closing opportunity gaps for students in all our communities, we have made steady progress increasing the number of Oregon students completing high school.

"With the historic reinvestment in education made possible by the Student Success Act, our schools will be further empowered to engage and support Oregon’s students in reaching new levels of learning and achievement.”

Other highlights from the data:

“We are proud to see our graduation rate holding steady at record levels for our high schools, knowing that we will not be fully satisfied until all of our students graduate ready for the future they choose,” said Superintendent Shay Mikalson. “We owe our success in large part to the numerous dedicated staff members who build positive relationships with our students.”

About the Numbers: The graduation rate tracks students beginning in ninth grade and measures how many of those students graduate within four years. The rate is adjusted for students moving in or out of the district.

This puts Redmond School District among the highest district graduation rates in the region and four percentage points higher than the state average of 80%.

The district is proud of the upward trend of student graduation rates with an increase of more than 14 percentage points since 2013-2014. Redmond School District also happy to report a steady increase in the district’s five year completer rate at 86.4% which includes graduates, plus students who earned a GED or other form of high school diploma.

Redmond School District does not operate an alternative high school, believing in the model of inclusion where students can equitably access extracurricular, athletic and Career and Technical Education (CTE) opportunities. District data shows that Redmond students that participate in two or more CTE courses graduate at a rate of 93.5%, proving the value of meaningful student engagement.

The district also reports an increase in four year graduation rates in students of underserved populations such as students with disabilities, migrant students, homeless students, and English learners.

Oregon Department of Education reports the Crook County High School graduation rate for the class of 2019 at 94.74%.

“As long as I’ve been here, the graduation rate has never been as high as 94%,” said Crook County School District Curriculum and Special Programs Director Stacy Smith, noting that this is an increase from 92.44% for the CCHS class of 2018.

Administrators believe relationships and a hard-working staff have contributed to the increased graduation rate that CCHS has achieved in recent years.

“We have good systems in place to make sure kids don’t fall through the cracks,” pointed out CCHS Assistant Principal Jake Huffman.

“The district has a champion for our students, graduation coach McKenzie Kudlac, who continues to work with individual students to help them reach their potential,” added CCHS Principal Michelle Jonas.

ODE also reported that CCHS students in the underserved races and ethnicities subgroup had a 96.15% graduation rate, which CCSD Director of School Improvement Joel Hoff said was very high.

CCHS students who participated in Career and Technical Education classes also graduated at a high 96% rate.

There are some areas, however, that administrators say need improvement.

ODE reported the district graduation rate for the class of 2019 at 72.85%, down from 78% for the class of 2018. The district rate includes students who graduated from CCHS, Pioneer Alternative High School, Rimrock Adolescent Drug and Alcohol Treatment Facility, Central Oregon Intergovernmental Council and the online option FuelEd.

Overall, administrators are pleased with the ODE graduation rate report.

“The five-year trajectory has been fantastic, and we’ll continue to make small refinements until all students graduate,” Hoff said. 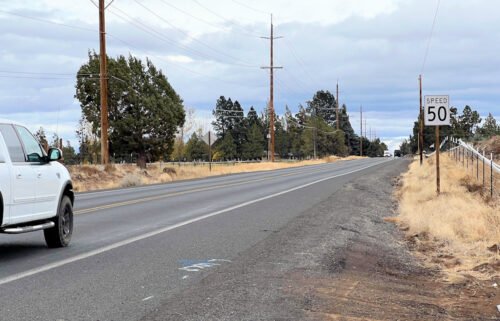