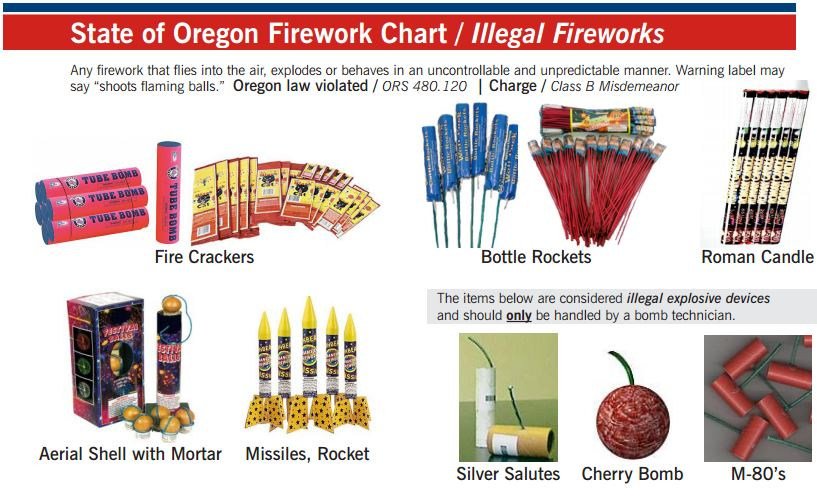 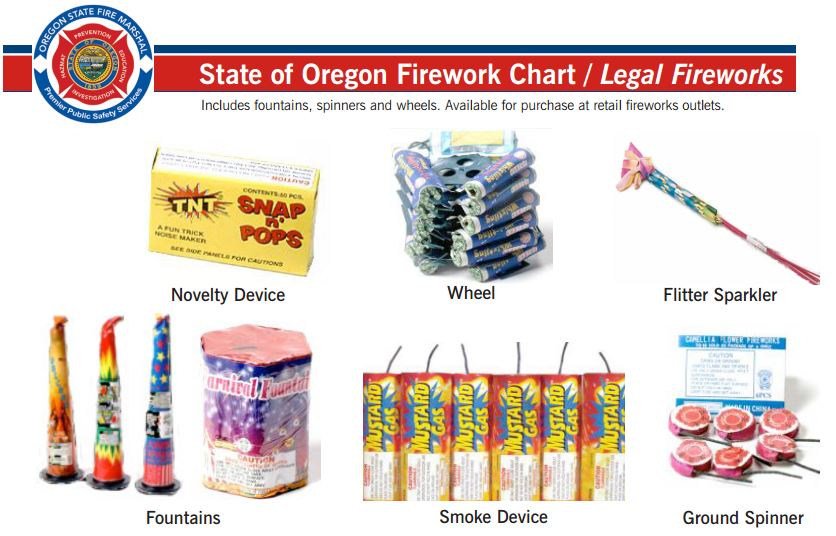 REDMOND, Ore. (KTVZ) -- Changes to the City of Redmond fireworks code are set to go into effect for the new year, and they could prove costly to those who use illegal fireworks to celebrate.

The new ordinance will go into effect at midnight on New Year's as we enter the year 2020, just as many celebrate the new decade.

The state fire marshal defines illegal fireworks as "any firework that flies into the air, explodes, or behaves in an uncontrollable and unpredictable manner."

The Redmond firework codes has not seen any changes since 1998 -- and now instead of a $100 fine, you will face a $500 fine for illegal fireworks.

And repeat offenders could receive a fine up to $2,500 and serve up to six months in jail.

Redmond police Lt. Curtis Chambers said Monday that ultimately, the update to the city code is to make sure that you are staying safe.

"The Redmond Police Department and our partners over at Redmond Fire and Rescue have the ultimate goal of keeping everyone safe regardless of the time of year," Chambers said.

"Fireworks pose a significant danger to public safety, and we are attempting to encourage compliance, with Oregon's statutes to keep our fireworks use safe, sane, and keep everyone happy and healthy."

You can still ring in the new year with legal fireworks, which include fountains, spinners and wheels and can be bought at fireworks stands.

Chambers also explained a new aspect of the ordinance that could mean you might be held accountable for illegal fireworks use, even if you are not the one setting them off.

If illegal fireworks are being set off on your property, you could be fined, too.

The new ordinance says it applies to the actual person possessing or using fireworks. The property owner, renter, or other person in charge of property where fireworks are used or possessed can be held responsible, if they should have reasonably known fireworks were in use or possessed on the property."

"A scenario would be, if an officer observes an illegal firework being utilized on someone's property, while attempting to make contact that person runs off or goes inside a residence, not coming back outside, the property owner, the renter or the person otherwise in charge of that property at that moment can therefore be held responsible," Chambers said.

"Ultimately we want to hold the people who are committing the violation responsible."

Chambers said the city of Redmond reported to 136 fireworks-related calls from 2015 to 2018.

And he added that while most of the fireworks activity happens in the summer months, he wants people to be aware that they still present a fire danger even in the winter months, when the weather is colder.

On Nov. 19, the Redmond City Council approved an ordinance updating its 1998 fireworks code.

In Oregon, possession of illegal fireworks is a crime (ORS 480.120) and Redmond city officials encourage compliance by discouraging illegal use and possession at the lowest possible level before making an arrest.

Fireworks danger is commonly associated with the dry summer months.  However, Redmond and all of Central Oregon is a High Desert climate and dry conditions are possible all year long, Chambers said.

"The Redmond Police Department, and our public safety partners at Redmond Fire & Rescue are committed to keeping you and yours safe all year long," Chambers added, wishing residents a Happy New Year.

The city of Bend's fine for illegal fireworks is $750, plus court costs and fees.