REDMOND, Ore (KTVZ) -- Just like Bend, Redmond is seeing a significant shakeup on its city council.

City Councilor-Elect Shannon Wedding said Friday, "I think it speaks a lot to the community, to be completely honest. Communities are looking for change. The current election on the federal level is indicative of that."

Added fellow Councilor-Elect Clifford Evelyn: "It's a new chapter in the growth of Bend and Redmond."

In addition to being one of the new councilors, Evelyn, a retired sheriff's commander from Clark County Washington, is also believed to be the first Black person elected to Redmond's City Council.

"I'm not a person to actually talk about my color a lot,” he told NewsChannel 21 Friday. “I'm really proud to be a Black man in America, and I think it's really great that the people of Redmond saw something in me that they voted me in."

He’s only been in Redmond since 2017. Another new councilor, Wedding has been there an even shorter time, about 18 months, moving from Houston, Texas.

While Evelyn and Wedding are new to Redmond, Ed Fitch, the election's leading vote-getter, should be familiar to many in Redmond and around the region.

Fitch used to be mayor 20 years ago and ran unsuccessfully for the post again in 2018, trying to unseat George Endicott, who prevailed and won another 2-year term Tuesday.

He said he wants to focus on projects such as redeveloping the vacant land near the city-owned Juniper Golf Course and the Central Oregon Community College Redmond expansion.

"These issues aren't getting addressed,” Fitch said. “I think they're important for the long-term future of Redmond. We need to start working on them, or we are going to lose those opportunities."

There is a vacancy on the council currently, after the recent resignation of Albert Calderon. Endicott told NewsChannel 21 on Friday that it will stay that way until the new councilors are seated in January. 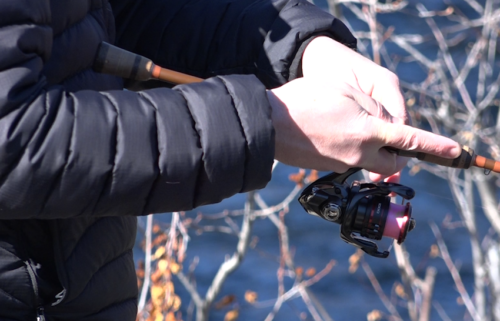