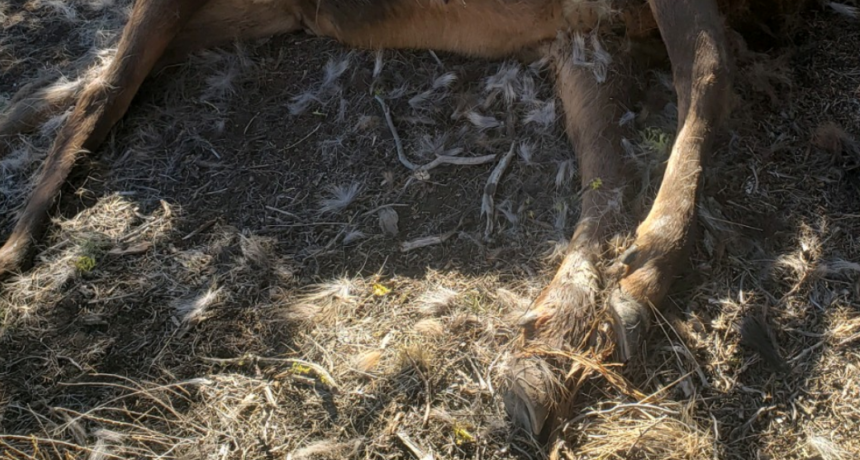 BEND, Ore. (KTVZ) -- The Oregon Hunters Association’s Bend and Redmond chapters said Friday they have each pledged $1,000 to boost the reward for information leading to an arrest in the recent case of three elk killed and mostly wasted near Sisters, bringing the total reward offered to $3,500.

Oregon State Police Fish and Wildlife troopers are asking for the public’s assistance in locating and apprehending whoever is responsible for the illegal killing and wasting of a branch bull, a spike and a cow elk, which were killed on or about Oct. 28 east of Sisters near Hwy 126 and Quail Tree Drive.

Two of the elk were left to waste. The third, a large bull, had its head and shoulders removed as a trophy. The elk were likely killed during the Cascade elk season, wherein cows are not legal, and multiple animals were illegally wasted.

OHA is offering a standard $500 reward from its Turn In Poachers (TIP) fund, to which OHA’s Bend and Redmond chapters each added $1,000, and the Josephine County and Capitol chapters both pledged $500.

The OHA Bend Chapter board approved its limit of $500 towards the award and chapter members unanimously approved increasing that to $1,000.

Anyone with information is asked to call the TIP line at (800) 452-7888 or *OSP (677) and request to leave information for Senior Trooper Creed Cummings.

Callers may remain anonymous and still collect a reward.

In response to a number of member requests, for the first time, OHA will accept personal donations toward the reward from anyone, including the public, to increase the reward. To donate, contact John Bambe at 541-480-9848 or via email john.bambe@gmail.com.

OHA (www.oregonhunters.org) is the state’s largest Oregon-based pro-hunting organization, with 10,000 members and 26 chapters statewide. Its mission is “protecting Oregon’s wildlife, habitat and heritage.”